Arrimadas regrets the "damage that Sánchez is doing", such as the crisis with Algeria: "It is a public danger in Moncloa" 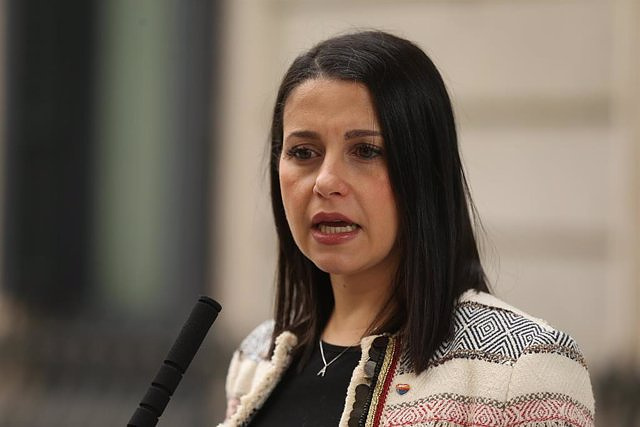 The leader of Ciudadanos, Inés Arrimadas, has criticized the "damage that the Government of Pedro Sánchez is doing", as in the case of the crisis with Algeria, and has described the president as "a public danger in Moncloa".

"The foreign policy of a country is something that does not belong to a President of the Government, because it is the image of Spain outside of Spain. That can have very serious geopolitical consequences and in this case, very serious economic consequences, because we are talking about the gas that we have to import," Arrimadas warned, in an interview published by 'La Razón', about the crisis with Algeria, which has suspended relations with Spain.

Likewise, he has warned that the consequences of this and other "damages" caused by the Executive "will last much longer than the time that Sánchez has left", who considers that "he will do at all times what he considers benefits you", such as "prolong the legislature". "What I am beginning to perceive is that he is trying to find a place for himself in a European institution," he also pointed out about the president.

In addition, Arrimadas has vindicated Ciudadanos as the "strongest party against Sánchez", although he has stressed that they are willing to "negotiate" with the Government because they cannot ignore the fact that "Spain has many problems": "I consider the opposition as a stage of work and usefulness for the Spaniards".

On the other hand, she has been "convinced" that she will have a relationship of "trust and loyalty" with the president of the PP, Alberto Núñez Feijóo, with the aim of collaborating to reverse "the damage that sanchismo has done in Spain ".

"I hope that the new stage of the PP understands, because I think that (Pablo) Casado has already realized it, that they alone cannot fight Frankenstein and that the damage that sanchismo has done to Spain is so great that Not only one party is going to be able to reverse it," he said.

Likewise, the leader of Cs has relied on the reissue of the Government of PP and Cs in Andalusia and has added that the seats for her party will be "useful". "One more vote for Ciudadanos guarantees that it follows the liberal policy of the Government and that the Popular Party will not govern with Vox", she has concluded.

‹ ›
Keywords:
CiudadanosInés ArrimadasPedro SánchezArgelia
Your comment has been forwarded to the administrator for approval.×
Warning! Will constitute a criminal offense, illegal, threatening, offensive, insulting and swearing, derogatory, defamatory, vulgar, pornographic, indecent, personality rights, damaging or similar nature in the nature of all kinds of financial content, legal, criminal and administrative responsibility for the content of the sender member / members are belong.
Related News