Ancelotti: "The Super Cup is from last year and we have to take into account those who won the Champions League" 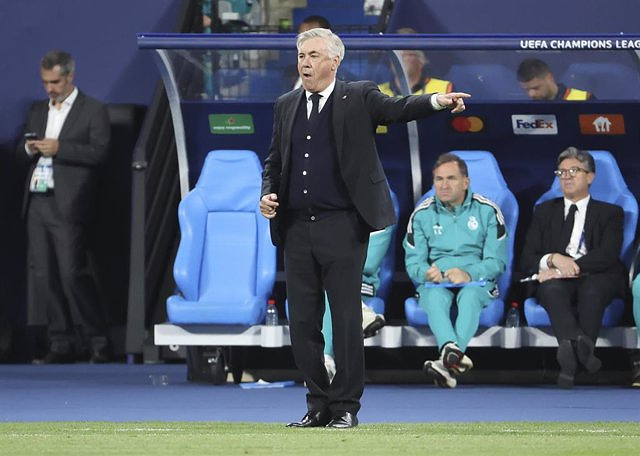 The coach of Real Madrid, Carlo Ancelotti, was satisfied with his team's match this Tuesday in the draw against the Mexican Club América and that it was "better" than the one made in the Clásico, and also made it clear that he considers that the Super Cup of Europe "is from last year" and that is why he must "take into account" the players who won the Champions League.

The Italian indicated that his rival also played "a good game" and stressed that the summer "is a good time to play this type of game, competitive and with intensity." "Physically we weren't at their level, but it's good for us to play these kinds of games," he admitted.

The one from Reggiolo saw a second half "more of 'rock and roll'" due to the change of position of Dani Ceballos and Eduardo Camavinga, who are footballers who have "energy", and praised the Andalusian whom he sees as "very good with the ball ".

"Benzema is fine, even if he doesn't have many training sessions. He's back in good condition, but he has to improve his physical condition. We're working hard and we're not fresh, but it's not a negative thing, it's positive. After the game against Juventus we'll go down the load until the Super Cup comes", added Ancelotti about the French striker, author of the 1-1.

He also referred to the Belgian Eden Hazard, who must "try to give minutes in these games because he is a great player." "We need him, I think he has improved his game compared to the first", confessed the Madrid coach.

In addition, the Italian clarified that Aurelien Tchouameni "is a different pivot" from Carlos Casemiro, a player who "stays more in the position". "Tchouameni has the quality to reach goal. With the ball he has improved today and after the game against Barcelona we told him where to improve. He has to position himself better to try to play faster", he warned.

Ancelotti explained that he gave minutes to the Brazilian Vinicius Tobias because he seems "very good" and "he is very serious in training", while David Alaba played left-back because he wanted to "prove Rüdiger as central defender who has done well with Nacho" . "The starting player is Mendy, but if he has some problems, the two can play in that different position, Alaba more offensive, Rüdiger more controlled. We won't have a problem", he detailed.

Finally, the Italian coach reported that Dani Carvajal, absent so far, is "fine" and that his idea is that he play "a part" this Saturday against Juventus, in the last game of the preseason where he will already look at the Super Cup Europe against Eintracht. "We have to take into account those who have won the Champions League, the Super Cup is from last year and we have to end it by winning it. Those who I think are going to play it will play more minutes against Juventus," he said.

‹ ›
Keywords:
Real MadridMéxicoChampions League
Your comment has been forwarded to the administrator for approval.×
Warning! Will constitute a criminal offense, illegal, threatening, offensive, insulting and swearing, derogatory, defamatory, vulgar, pornographic, indecent, personality rights, damaging or similar nature in the nature of all kinds of financial content, legal, criminal and administrative responsibility for the content of the sender member / members are belong.
Related News