"I do not share what the Vox deputy said, but the violence in politics has its origin in the appearance of Podemos," he adds. 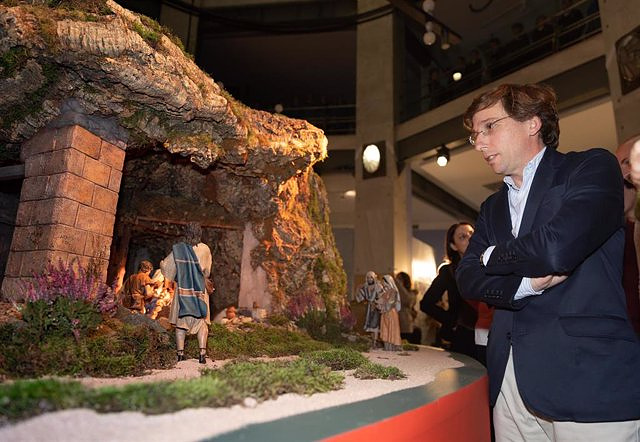 "I do not share what the Vox deputy said, but the violence in politics has its origin in the appearance of Podemos," he adds.

The mayor of Madrid, José Luis Martínez-Almeida, has asked this Thursday "not to victimize" the Minister of Equality, Irene Montero, because despite not sharing Vox's attacks against her in the Congress of Deputies, he has added that " The one who sows winds, reaps storms".

"Whoever sows winds collects storms. I do not share what the Vox deputy said, but it is an explanation that violence in politics has its origin in the appearance of Podemos, and I have no doubt about that," he told the media. of communication from CentroCentro.

It was yesterday when in the Lower House the deputy of Vox Carla Toscana accused Montero of being a "libertarian of rapists" and reproached him that his "only merit" to hold his position was "having studied Pablo Iglesias in depth."

Almeida has defended that he has always condemned these terms in Congress, as well as "what happened when (the former vice president of the Government) Pablo Iglesias told (the delegate of Culture) Andrea Levy that there was an office of a deputy and that he could leave with him, or that Irene Montero in a tweet said that Felipe VI would not be King because they would arrive with the guillotine, or when there have been episodes of violence protected by Podemos".

At this point, Martínez-Almeida has indicated that he refers "to the escraches that they have in their heads or when they legitimize the commission of crimes like that of Andrés Bódalo at the time", something that "for them (Podemos) was still an affront of Justice".

Although he has accused Montero of "being a disaster as a minister, with a management disaster" and believes that "victimizing her is not the shortest way to tell society that we do not deserve to be a minister of Spain who encouraged escraches, used insults, denigrated the adversary".

"I conclude by saying that this does not have to divert us from what is important. Irene Montero is not an unprotected woman, she is not a helpless woman, but revictimized women are unprotected because perpetrators against their sexual freedom are on the street thanks to the law of Irene Montero, a crazy law, a legal nonsense that she was warned about," she concluded.

‹ ›
Keywords:
Irene MonteroCongreso De Los DiputadosVOXMartínezAlmeida
Your comment has been forwarded to the administrator for approval.×
Warning! Will constitute a criminal offense, illegal, threatening, offensive, insulting and swearing, derogatory, defamatory, vulgar, pornographic, indecent, personality rights, damaging or similar nature in the nature of all kinds of financial content, legal, criminal and administrative responsibility for the content of the sender member / members are belong.
Related News