The legal debate focuses on whether it is possible for the Government to appoint its two candidates without waiting for the CGPJ. 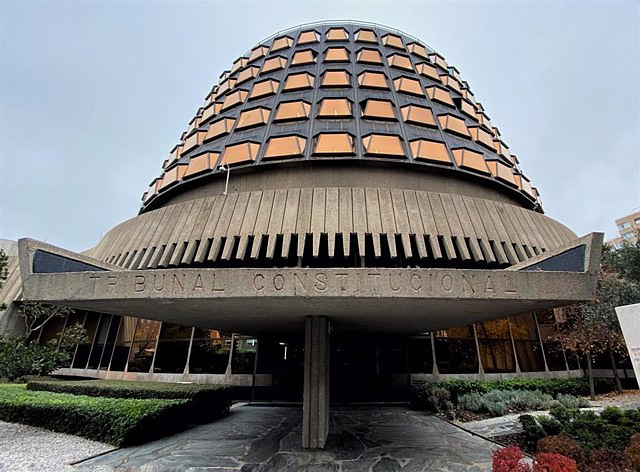 Four of the twelve magistrates of the Constitutional Court (TC) will see their mandate expire this Sunday with uncertainty about when and how they will be replaced. The Constitution dictates that this third must be renewed by the Government and the General Council of the Judiciary (CGPJ), proposing two candidates each, but the lack of agreement between the PSOE and the PP to agree on a new CGPJ has meant that the current one cannot name their own , which casts doubt on whether Moncloa can act alone.

From the literal tenor of the precept it follows that the Magna Carta would oblige to renew by full thirds, so that both the Executive and the CGPJ would have to nominate their two magistrates to present a closed 'pack'. However, sources from the court of guarantees consulted by Europa Press stress that it is a complex legal issue that will have to be analyzed in depth if necessary.

At this time, the main problem is that the CGPJ cannot fulfill its constitutional obligation to appoint two candidates because the reform of the Organic Law of the Judiciary (LOPJ) approved in March 2021 prohibits it from making discretionary appointments in the judicial leadership while being in office, a situation in which it has been since December 2018.

In this context, the Minister of the Presidency, Relations with the Courts and Democratic Memory, Félix Bolaños, slipped last week in an interview granted to Onda Cero that the Executive could appoint the two magistrates of the TC that are competent to him although the General Council of the Judiciary cannot do the same.

The sources explain that the Government could propose its two candidates separately, that is, even if the CGPJ could not do so. And this, some underline, because constitutional jurisprudence establishes that making appointments within the deadline is a power but also an obligation, for which the Executive not only can but even must.

If so, the controversy would arise when the names of the two candidates for government appointment would arrive alone at the plenary session of the TC, which is the one who has to approve the people proposed before proceeding with the final appointment.

Some sources believe that it is legally difficult to argue that the TC can block these two candidates because they are not accompanied by the two from the CGPJ. In this sense, they propose what would happen if the opposite scenario were given, that is, if the Government did not make its proposal --because it was unable or unwilling-- and the Council nominated its own. For this reason, these sources move the debate from the legal to the political level.

At the same time, they question the validity of a plenary vote rejecting these two candidates --because they are not the full third-- and in which the two magistrates who would come to replace them participated.

However, they trust that the controversy will not arise due to the expectation that, once the Andalusian elections are held on June 19, the negotiations between socialists and 'popular' will be reactivated to renew the CGPJ and the third of the TC can be completely changed.

In any case, once the partial renewal of the TC takes place, either with only the two candidates catapulted by Moncloa or also including the two postulated by the governing body of the judges, it is most likely that there will be a shift towards a progressive majority.

This turn could affect important pending issues on which the Plenary must rule, among which the appeal presented in 2010 by several PP deputies against the Abortion Law stands out, whose presentation fell last November to the magistrate Enrique Arnaldo.

‹ ›
Keywords:
PPPSOECGPJTribunal Constitucional
Your comment has been forwarded to the administrator for approval.×
Warning! Will constitute a criminal offense, illegal, threatening, offensive, insulting and swearing, derogatory, defamatory, vulgar, pornographic, indecent, personality rights, damaging or similar nature in the nature of all kinds of financial content, legal, criminal and administrative responsibility for the content of the sender member / members are belong.
Related News