The real difference is that the Germans have trust in business

Laurent Battle is the CEO of the family business French Poclain Hydraulics, a world leader in hydrostatic transmission. His diagnosis on the success of its comp 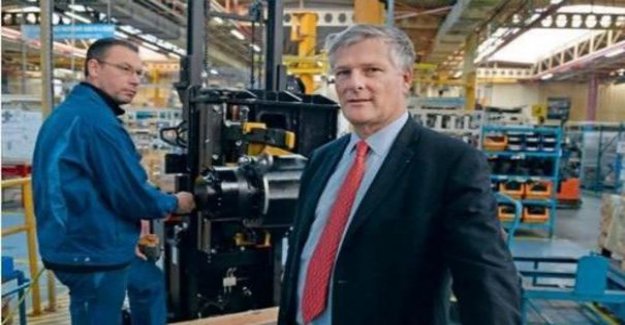 Laurent Battle is the CEO of the family business French Poclain Hydraulics, a world leader in hydrostatic transmission. His diagnosis on the success of its competitors beyond the Rhine.

French companies are able to compete with their counterparts in German ?

* Laurent Battle. of course yes ! View of France, Germany, fantasize. Yet, we have strengths equivalent. Our neighbor has a strong brand image, associated with the rigour and quality. And the Germans have taken advantage of outsourcing highly skilled in the countries of eastern Europe. But our products, our branches or our competitiveness poles are as good as their. And our regions are also determined to fight back for the companies that the Länder.

And, yet, the French SMES have more difficulties to grow...

*The German companies focused on the long-term. We have a same affectio societatis, the same charters family, the same desire to transmit. Unfortunately, in France, we have against us a taxation thereof: confiscatory. It spends more time being taken over by the management of the tax systems that took care of the customers !

What do you recommend ?

*It is necessary to stop taking us for milk cows and to complicate things : in Poclain, we were the first to establish an agreement of flexibility in 2009. We did on-the-field. With the law of securing employment, there is an average period of three months prior to its implementation. The time to die ten times ! It is necessary to stop the sterile opposition between companies and political or social partners. And have no complex vis-à-vis Germany!