Rafa Nadal: "I don't know if I will return to the level I want to be, but I will die for it" 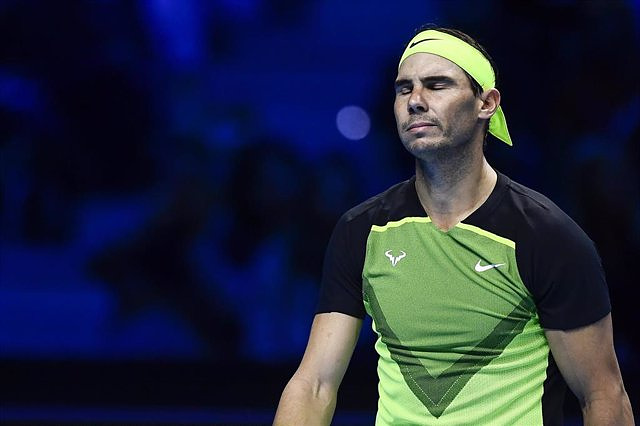 The Spanish tennis player Rafa Nadal assured this Tuesday, after his second defeat in the ATP Finals that are being played in Turin against the Canadian Felix Auger-Aliassime, that he has not "forgotten how tennis is played" and that he is going to "die" to get back to the "level" you want to have on the track.

"I don't think I've forgotten how to play tennis or how to be mentally strong enough. I just need to get back all these positive feelings and all this confidence and all this strong mentality that I need to be at the level that I want to be. I don't know if I'm going back to reach that level, but what I have no doubt about is that I am going to die for it," Nadal said after the match in statements collected by the ATP website.

The Spaniard, despite his second defeat in the event and without winning a set yet, is optimistic and sees "a couple of positive things". "I've been able to play two tournaments in the last three weeks and that's positive because it's something I haven't been able to do for a while," he admitted.

"I will fight until the end, but when things go like this, it is difficult to change the dynamics and the results, especially in these circumstances. With this surface, playing against great servers and great players, I have nothing to complain about, I just have to accept which is what we have today, with the rival playing the key points better", he sentenced.