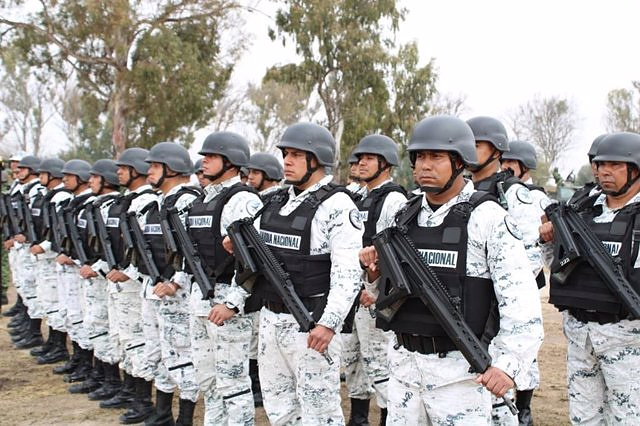 The Mexican National Guard has been the subject of a total of 1,254 complaints for Human Rights violations since it began to function, in July 2019, in what is one of the flagship projects of the government of President Andrés Manuel López Obrador.

The agency has been reported to the National Human Rights Commission (CNDH) for arbitrary arrests, failure to comply with registration formalities, arbitrarily using public force, cruel and inhuman treatment, torture and deprivation of life, according to the newspaper 'El Universal'.

They also mention alleged violations committed in the development of the powers that the body has assumed in customs matters, in the migration strategy and in the fight against hydrocarbon theft.

The National Guard is thus the security organization with the most complaints, ahead of the Secretary of National Defense (Sedena), which accumulates 1,605 claims between January 2019 and November 10, 2022. Far is the Secretary of the Navy (Semar ), which has received 511, according to data from the CNDH.

"The National Guard is not a body alien to human rights violations, contrary to the official discourse that says that in Mexico they have already been eradicated," said the director of the Miguel Agustín Pro Juárez Human Rights Center, Santiago Aguirre. The National Guard "is replicating the patterns of use of force and opacity that we knew from the Army."

The National Guard has been at the center of the political debate in recent months since, although it was created as a civilian police agency, López Obrador has promoted its transformation into a military entity, with the consequent criticism from social and defense organizations. Human Rights that highlight the need for police functions to be strictly civilian and not military to avoid abuses. The modification is still pending judicial appeals.