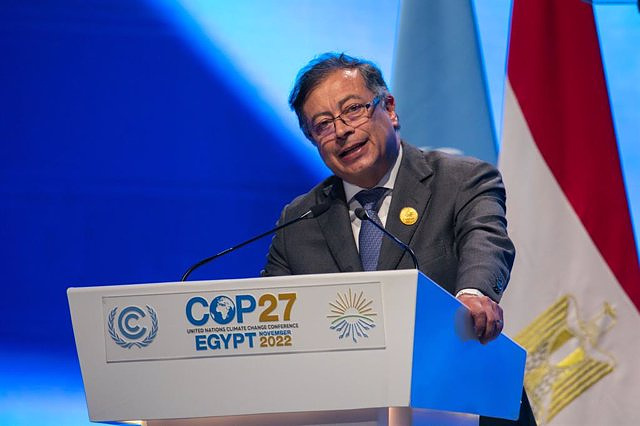 The Office of the High Commissioner for Peace of Colombia has announced this Saturday that the negotiations between the National Liberation Army (ELN) and the Government of Gustavo Petro will resume on Monday, November 21 in the city of Caracas, capital of Venezuela.

The document was issued together with ELN negotiator Israel Ramírez Pineda, alias 'Pablo Beltrán', and disseminated on social networks. The parties have called on national and international journalists to cover the event, although they have also made reference to the expectations of Colombian citizens regarding these conversations.

"The parties are aware of the deep desire of the Colombian people, society and the nation to advance in a peace process and full construction of democracy," they stated in the letter.

Reaching peace with the armed groups has been a major issue for Petro since he began his presidential career shortly before the middle of the year. With his arrival at Casa Nariño, both the Government and the ELN have shown their willingness to reach an agreement and solve the impasse in which the conversations with the former executive of Iván Duque had been trapped.

‹ ›
Keywords:
VenezuelaColombiaELN
Your comment has been forwarded to the administrator for approval.×
Warning! Will constitute a criminal offense, illegal, threatening, offensive, insulting and swearing, derogatory, defamatory, vulgar, pornographic, indecent, personality rights, damaging or similar nature in the nature of all kinds of financial content, legal, criminal and administrative responsibility for the content of the sender member / members are belong.
Related News