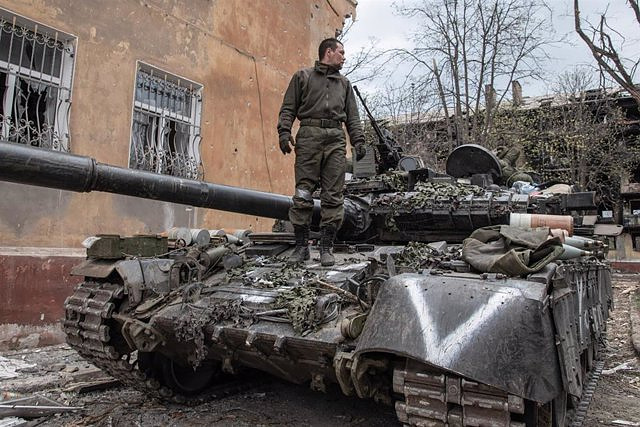 Russian authorities on Tuesday announced the arrest of a group of Ukrainian "saboteurs" who were preparing "terrorist attacks" against representatives of the authorities based in the Jerson region, annexed to the Eurasian country as part of the invasion triggered in February.

"The Russian Federal Security Service on the territory of the Kherson region has discovered and suppressed the activities of a sabotage and reconnaissance group of the Security Service of Ukraine," the agency said in a statement.

Thus, he has detailed that this group had among its tasks "executing terrorist acts against senior officials of the military-civilian administration of the Kherson region", before confirming the arrest of nine suspects, according to the Russian news agency Interfax.

The agency has also indicated that detonators, handmade explosive devices, grenades, handguns, ammunition and reconnaissance equipment have been seized. In addition, a car bomb has been defused.

The announcement comes a day after the Russian-established authorities in Kherson announced the end of the "organized evacuation" in the "eastern bank" of the region and stated that the rest of the people who want to leave the area will have to do so by their own means.

Russia completed the first phase of the "evacuation" at the end of October, although a few days later the pro-Russian authorities decided to extend the evacuation perimeter by an additional 15 kilometers. The Ukrainian Army has continued to advance in the region, although it has warned of possible "tricks" by Moscow during the withdrawal.

‹ ›
Keywords:
RusiaTerrorismoUcrania
Your comment has been forwarded to the administrator for approval.×
Warning! Will constitute a criminal offense, illegal, threatening, offensive, insulting and swearing, derogatory, defamatory, vulgar, pornographic, indecent, personality rights, damaging or similar nature in the nature of all kinds of financial content, legal, criminal and administrative responsibility for the content of the sender member / members are belong.