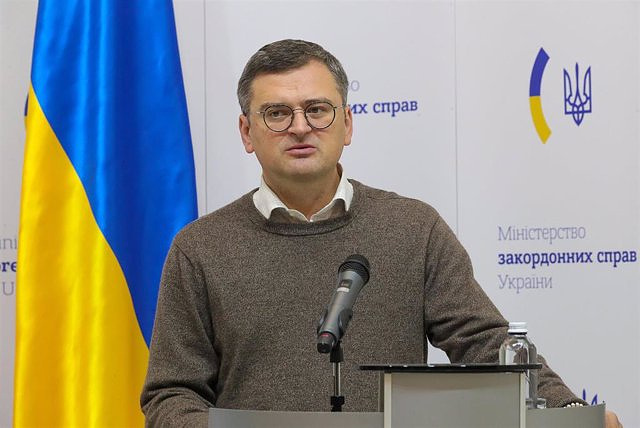 The Ukrainian Foreign Minister, Dimitro Kuleba, has reiterated to the Polish authorities that a delegation of Ukrainian experts is waiting to obtain "quick access" to the place where the missile that claimed the lives of two people last Tuesday fell.

After speaking with Polish Foreign Minister Zbigniew Rau, Kuleba stressed that Ukraine expects "quick" access to the scene of the incident in order to cooperate with the Polish Police in the investigation.

"Ukraine and Poland will constructively and openly cooperate on the incident caused by Russian missile terrorism against Ukraine. Our experts are already in Poland. We hope they will gain quick access to the site in cooperation with the Polish Police," the head of Poland said. Ukrainian diplomacy in a message on Twitter.

Ukraine's request comes after the country's authorities have claimed that the shell that landed in the Polish town of Przewodów, near the Ukrainian border, came from Russia and not from Ukraine.

However, countries such as Poland or the United States and organizations such as NATO have stressed that there was no evidence of such a claim, pointing out that the missile had probably been launched by Ukrainian air defenses to shoot down Russian projectiles.