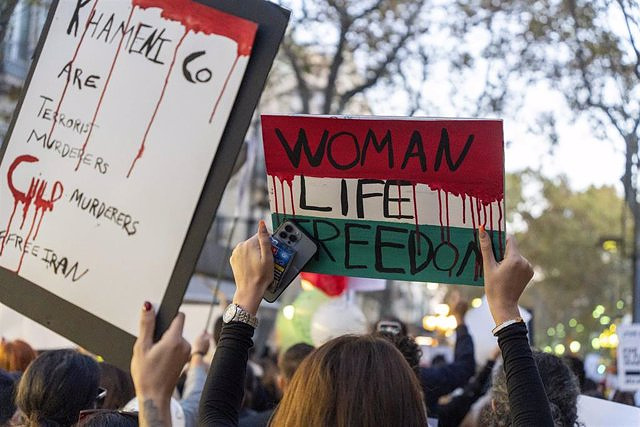 After the defeat against the United States by the Iranian team in the World Cup in Qatar, not all fans in the country have been devastated, since the elimination of Iran from the sports competition, especially against the American team , vanishes the possibilities of the Government to camouflage the social protests of the last months.

The Iranian Executive hoped that a victory over the United States in the World Cup would give it internal respite, so it had put a lot of pressure on the players before the game, according to a Tehran sports journalist and the DPA agency.

Iran's exit from the World Cup in a highly anticipated match due to its political tensions has been seen as good news for critics of Iran's supreme leader, Ayatollah Ali Khamenei, who have shouted slogans in the streets of the Iranian capital mocking the high expectations placed on the team by the Government of the country not only from the sporting point of view.

Meanwhile, immediately after the match kicked off, many Iranians have taken to social media to remember the names of people who have died in the government's crackdown on ongoing protests.

"Now the revolutionaries are happy about the defeat of the Islamic Republic team," Iranian activist Atena Daemi wrote on Twitter.

Iranian footballers were under high pressure as anti-government protests have raged across the country for weeks, sparked by the death of Mahsa Amini, a woman detained for allegedly violating the Islamic dress code.

In fact, the Government of Iran would have threatened relatives of the soccer team players with imprisoning and torturing them if the soccer players "do not behave well", after the controversy over refusing to sing the anthem in the opening match against England, according to sources cited by the US television network CNN.

Likewise, the Iranian government would have sent hundreds of actors to create a false sense of support among the followers, a fact that it planned to increase significantly for the match against the United States.

‹ ›
Keywords:
Estados UnidosIránQatar
Your comment has been forwarded to the administrator for approval.×
Warning! Will constitute a criminal offense, illegal, threatening, offensive, insulting and swearing, derogatory, defamatory, vulgar, pornographic, indecent, personality rights, damaging or similar nature in the nature of all kinds of financial content, legal, criminal and administrative responsibility for the content of the sender member / members are belong.
Related News