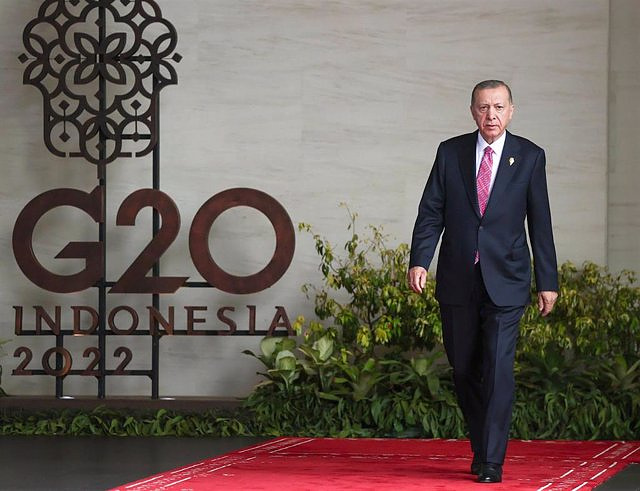 The President of Turkey, Recep Tayyip Erdogan, has maintained this Wednesday that the missiles that have hit the Police could be "a technical error" or due to other reasons.

During his speech at the G20 summit that is being held these days in Bali, Indonesia, the Turkish president shared his opinion that there is "the general impression that the missiles are not Russian-made," the British newspaper 'The Guardian'.

"I have met with German Chancellor Olaf Scholz. There is a general impression that this missile is not Russian-made and this statement paves the way for certain facts, so we should not insist that this missile was launched from Russia. This It would be a provocation," Erdogan asserted during his speech.

However, the president of Turkey has insisted on his willingness to "sit Russia and Ukraine at the same table" so that they reach a peace agreement, so he does not see the "need to find a third party" in the war conflict, reported the Anadolu agency.

Hours earlier, the president of the United States, Joe Biden, has indicated that it was "unlikely" that the missiles that have reached the Polish town of Przewodow and that have claimed the lives of two people have been fired from Russia due to their trajectory .

In this sense, the US president has pointed out indications that the missiles that have hit Poland have been launched from Ukraine, as reported by the DPA agency.

However, the President of Poland, Andrzej Duda, has stated that the Polish authorities do not have conclusive evidence as to who is behind the missile launch, although he has specified that the projectiles were Russian-made.

‹ ›
Keywords:
PoloniaTurquíaErdogan
Your comment has been forwarded to the administrator for approval.×
Warning! Will constitute a criminal offense, illegal, threatening, offensive, insulting and swearing, derogatory, defamatory, vulgar, pornographic, indecent, personality rights, damaging or similar nature in the nature of all kinds of financial content, legal, criminal and administrative responsibility for the content of the sender member / members are belong.
Related News