Berlin airport cancels all its flights due to a labor strike 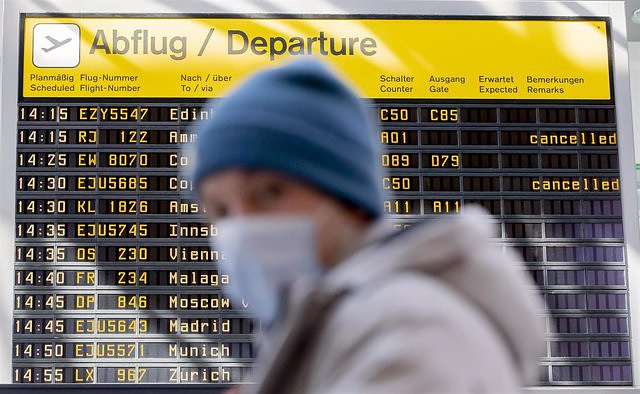 Germany has canceled or rescheduled all flights to or from Berlin airport that were scheduled for this Wednesday due to a planned one-day labor strike.

Some 35,000 passengers were scheduled to pass through the Berlin-Brandenburg airport on some 300 flights during the day on Wednesday. Airlines have postponed some flights to Thursday and diverted several flights to Dresden and Leipzig airports. Other passengers have been relocated to trains.

The Verdi union has called on airport workers, security staff and ground staff to leave their jobs. The stoppage is expected to affect airport firefighters, refueling operations, baggage handling and passenger check-in counters.

The union is demanding wage increases of 500 euros a month for employees of the airport company and ground handling services in a twelve-month collective agreement. The bosses have pressed in the negotiations to get a much longer contract.

Verdi has summoned the workers on strike to a picket in front of the main airport terminal starting at 8 in the morning, with a concentration scheduled for 10 in the morning, in which up to 1,500 participants are expected.

The last time labor unrest in Germany canceled so many flights came during a huge nationwide strike in April 2018. Hundreds of flights across the country were canceled after tens of thousands of municipal and federal government workers walked off the job.