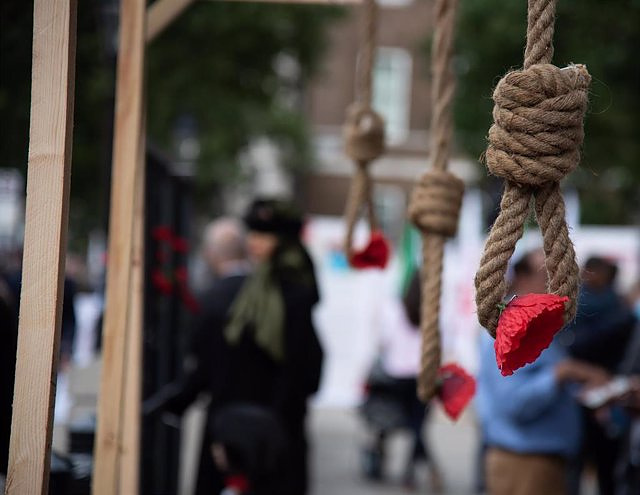 A revolutionary court in Tehran has sentenced to death this Sunday a detainee for burning a government headquarters during the wave of protests against the death in custody of the young Mahsa Amini on September 16, in what is the first sentence of this caliber since the beginning of the demonstrations.

The official IRNA news agency, which does not identify the convicted person, indicates that the sentence was given in relation to the charges of committing a crime against national security and "corruption on earth", the latter crime punishable by execution. No further details about the case are known.

The verdict, however, can still be appealed.

Likewise, the court has also sentenced five people to between five and ten years in prison for disturbing public order.

This ruling comes after the Iranian government denied a request by more than 200 deputies to impose tougher punishments on detained participants.

The NGO HRANA estimates that more than 15,000 people have been taken into police custody, temporarily or to date, since the outbreak of the protests, which have cost the lives of more than 330 people, including fifty security personnel.

More than 2,000 people had already been charged, almost half of them in the capital Tehran, since the demonstrations began, according to figures from the Iranian Judiciary.