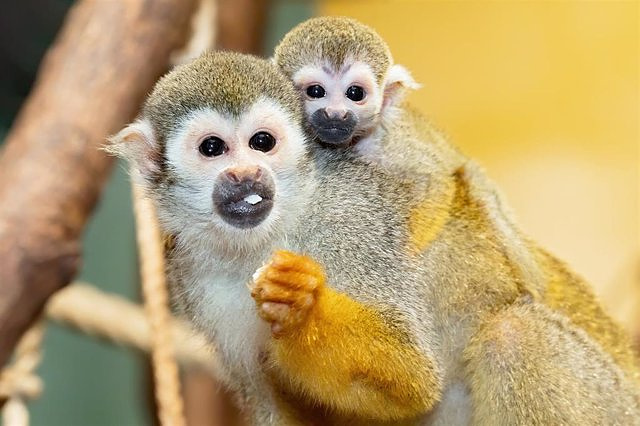 The Colombian Ministry of Science has opened an investigation for animal abuse of up to 127 squirrel monkeys in a publicly funded scientific research project on malaria, some of which have already been euthanized.

"We are conducting a survey of internal information related to supervision and monitoring support for these projects. In addition, we will ask the researchers involved to rule on these complaints and send the support they deem necessary," Luna explained in a thread posted on Twitter .

The complaints about possible animal abuse were made known thanks to the organization People for the Ethical Treatment of Animals (PETA), which denounced that the monkeys were being mistreated and sacrificed at the Caucaseco Limitada Scientific Research Center and the Fundación Centro de Primates.

According to the complaint, the animals live in narrow cages and their intestines are opened as part of a scientific experiment at a facility in El Hormiguero, in Cali.

"Once all the consolidated information is available, the control entities and competent authorities will be asked to carry out the pertinent investigations and take the appropriate actions," Luna pointed out.

"An aggravating circumstance is that the permits for scientific research were not found. It should be noted that the squirrel monkeys were not part of the investigation, but of a previous one, and they were left in the care of the foundation," the CVC pointed out.

Now the authorities must decide the fate of the monkeys, since they cannot be released because they were inoculated with malaria or malaria and therefore pose a biological risk to the human population. The CVC has requested advice from the National Institute of Health to be able to make an informed decision once their transfer to a Center for Attention and Assessment of Wildlife has been ruled out.

‹ ›
Keywords:
ColombiaMaltrato AnimalMinisterio De Ciencia
Your comment has been forwarded to the administrator for approval.×
Warning! Will constitute a criminal offense, illegal, threatening, offensive, insulting and swearing, derogatory, defamatory, vulgar, pornographic, indecent, personality rights, damaging or similar nature in the nature of all kinds of financial content, legal, criminal and administrative responsibility for the content of the sender member / members are belong.
Related News