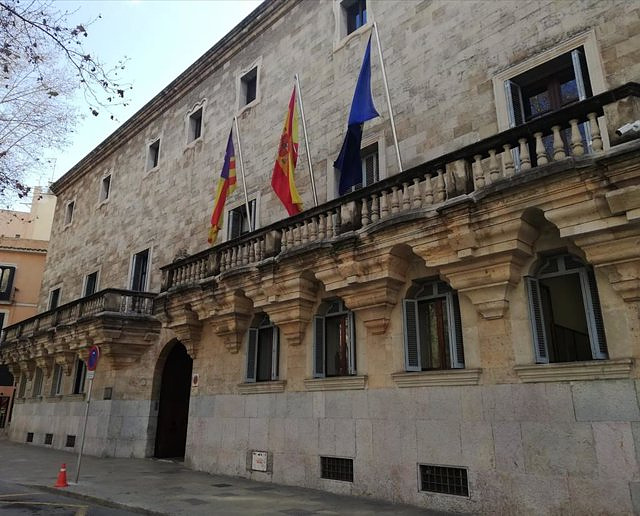 The Contentious-Administrative Chamber of the Superior Court of Justice of the Balearic Islands (TSJIB) has issued an order in which it denies the request of a father from Mallorca for his daughter to receive 25% of the institute's classes in Spanish.

In this way, the Chamber rejects the request for a precautionary measure from the parent, who filed a contentious-administrative appeal against the Department of Education and Vocational Training for administrative silence. The father requested that his daughter receive 25% of the core subjects in Spanish both in the course she was in and in successive ones.

The decision, which has been supported by three magistrates of the Court while two other judges have issued a particular vote of discrepancy, maintains that the legal framework of the Balearic Islands governs a system of linguistic conjunction in matters of education, where it is based on a general rule which imposes teaching in the Catalan language by at least 50 percent.

According to the magistrates, this rule can be increased without limit "through the linguistic project of each center which, in turn, must be in accordance with the surrounding social, demographic and economic reality."

According to the judges, the precautionary measure has been requested by a single person and in a single educational center, "but it would also be imposed on the other students in the class." Therefore, they consider that "it is a precautionary measure that, on the one hand, seriously affects the general interest." In addition, they maintain that the denial of the same does not suppose "a relevant damage to it".

On the other hand, in the decision, the Court notes that the requested measure "is clearly unlimited and only because of this fact it can already be seen that it cannot prosper". According to the magistrates, "if it were accessed in the interested terms, we would now find ourselves with an 'advance' from the final decision to the sentence."

In this way, the Chamber for the most part considers that the appellant has not proven that the real percentage of teaching in Spanish is less than 25 percent or that the teaching of this language deviates from the forecasts of the center's linguistic project, which has been endorsed by the Ministry.

In the order, the magistrates indicate that there is no record "what is the public interest that collides with the appellant's request or what would be the applicable criteria to determine that the alleged right of the appellant and/or his daughter should prevail against the public and general interest to maintain the current linguistic project in the center". In short, the Chamber defends that "the social and general interest outweighs the individual".

On the contrary, the two magistrates who sign the dissenting opinion understand that the request for the precautionary measure should have been considered in its entirety.

The judges argue that the educational center project contemplates Catalan as the only vehicular language of instruction, as well as considering that the requested precautionary measure is not contrary to general interests.

‹ ›
Keywords:
Mallorca
Your comment has been forwarded to the administrator for approval.×
Warning! Will constitute a criminal offense, illegal, threatening, offensive, insulting and swearing, derogatory, defamatory, vulgar, pornographic, indecent, personality rights, damaging or similar nature in the nature of all kinds of financial content, legal, criminal and administrative responsibility for the content of the sender member / members are belong.
Related News