He observed a "comparative offense" in the punishments for the same conduct between those over and under 18 years of age. 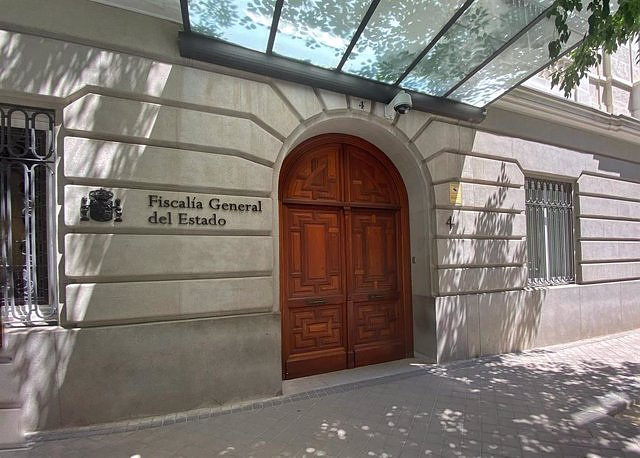 He observed a "comparative offense" in the punishments for the same conduct between those over and under 18 years of age.

The Juvenile Coordinating Court Prosecutor, Eduardo Esteban Rincón, issued an internal memo last September in which he instructed prosecutors in the field not to "automatically" apply what is known as the 'law of only yes is yes', rather, they should make an "integrative interpretation" with the Organic Law of Criminal Responsibility of Minors (LORPM), to avoid greater punishment for minors than for adults for the same behaviors now classified as sexual assault.

In an internal note signed on September 14, after the Organic Law of Integral Guarantee of Sexual Freedom was approved, on August 25, and before it entered into force, on October 7, Esteban Rincón ruled on the repercussions of the new 'law of only yes is yes' in the juvenile sections of the provincial prosecutor's offices, giving a series of guidelines.

With this text, to which Europa Press has had access, Esteban Rincón reacted to the requests made by the provincial prosecutors of Seville, Alicante and Madrid, who addressed the Specialized Unit for Minors of the State Attorney General's Office (FGE) "urging the setting of unifying interpretative criteria on the consequences of the practical application of the so-called crimes of maximum seriousness of the new article 10.2 of the LORPM".

Esteban Rincón agreed on the need to "merely provisionally establish guidelines for the practical application of said legal reform that allow avoiding the problems that are glimpsed regarding the proportionality and viability of the literal application of the new precept, clearly avoiding the penological consequences that may lead to the treatment of the minor offender with a greater severity and rigor of sanctions than if the perpetrator of the criminal offense were an adult".

The problem is that with the new article 10.2.b minors between 16 and 17 years old face "a measure of internment in a closed regime of 1 to 8 years" that must remain intact for at least one year, while Article 178 of the Criminal Code contemplates for adults "the prison sentence in its lower half or a fine of 18 to 24 months, in attention to the minor nature of the act and the personal circumstances of the culprit."

This is because the old wording of the LORPM excluded sexual abuse from the list of especially serious crimes punishable by at least one year of internment for minors, but with the 'law of only yes is yes' those same behaviors have been absorbed for the crime of sexual assault, to which 10.2b does apply.

For the courtroom prosecutor, "this leads to a comparative grievance with respect to those of legal age, who can be sentenced to simple fines or prison sentences of a lesser extent and, therefore, susceptible to suspension."

Esteban Rincón indicated that "the practical solution to the problem raised must be channeled through an integrating interpretation of the new article 10.2 with the rest of the basic principles inspiring the LORPM itself", because "in such a way the undesirable breach of proportionality can be avoided of the applicable measure with the nature and circumstances of the specific case".

"In other words, the solution must be oriented by resorting to the principles and rules of application that have been inspiring the legislation for the reform of minors, and that must always be oriented to the re-education of the offender without focusing on the simple repressive and sanctioning facet," he stressed. .

In this sense, it considered it "fundamental" to recall Article 8 of the LORPM which, "by virtue of the accusatory principle, prohibits that the duration of the custodial measures may exceed the time that would correspond if the act had been committed when the offender was of legal age." offender".

The courtroom prosecutor clarified that, "in the same sense, the interpretation in practice of the criminal types of articles 178 to 183 of the reformed Penal Code must be carried out with the same integrating perspective so that the sanctioning consequences of the specific case are in accordance with the basic principles that inspire the legislation for the reform of minors, without resorting to a merely automatic application of the precept of article 10.2".

Consequently, Esteban Rincón urged the prosecutors for minors to make an "integrative interpretation of the new article 10.2 of the LORPM" to "correct any comparative offense that could lead to discrimination against minors in the application of the precepts of the Penal Code" .

However, at the same time he stressed that "the above criteria are merely provisional until the final doctrinal position is consolidated, both by the State Attorney General's Office and by our own Specialized Unit for Minors."

In this regard, he stressed that "the problems posed by the new wording of the aforementioned article 10.2 LORPM will be the subject of debate and study in the next Conference of Delegates for Minors", which began this Monday in Madrid.

It should be remembered that at this time the FGE is collecting information on the sentences reviewed by judges and courts in application of the 'only yes is yes' to determine if it is necessary to unify criteria on the whole of the new law.