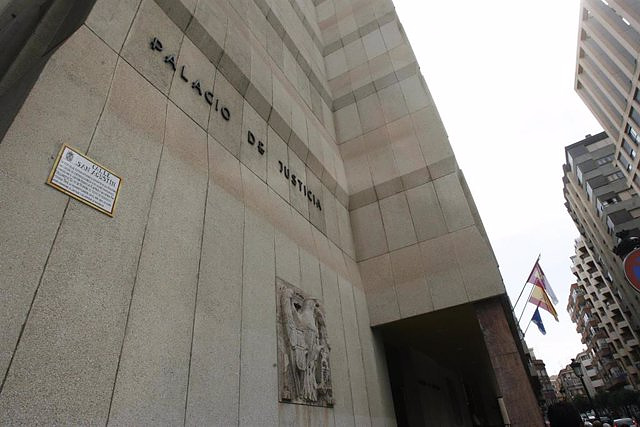 A.A.V., sentenced last June by the Second Section of the Provincial Court of Ciudad Real to nine years in prison for sexually assaulting an acquaintance at her home in the capital Ciudad Real, will finally serve 8 years in prison, one less than the one he expressed in its day the sentence, after the entry into force of the law of 'yes is yes.

It was last June when this accused of the crime of sexual assault with vaginal carnal access to a woman whom he had met through a friend of hers was sentenced.

In its day, the Prosecutor's Office considered it proven that the victim met A.A.V. through a friend of hers. Around 10:00 p.m. that day, the victim telephoned her friend, who was in the company of the defendant in the Ciudad Real cemetery park.

The friend did not answer the call. Right after, her companion and later convicted person asked this friend for her phone number under the pretext of making a call to her country, but instead returned the call to the woman who had previously tried to contact the woman. friend of hers

He told her that he would stop by her house to talk to her about a series of personal problems she was going through in relation to a daughter she couldn't visit.

Around midnight on July 7, the defendant, provided with a liter of beer, went to the complainant's home, located in Ciudad Real, which he accessed with her consent, starting a friendly conversation in the living room while they were drinking Beer.

As the night progressed, the defendant, changing his initial friendly attitude, began to make advances of a sexual nature to the victim, which were rejected at all times by her.

Faced with such denials, the defendant, with a libidinous spirit, grabbed the complainant tightly by the arms, taking her against her will to her bedroom.

Once there, he violently threw her against the bed, and struggling with her, managed to pull down her pants and sexually assaulted her. When leaving the house, he threatened her, telling her that if he spoke he was going to kill her.

Now, the Civil and Criminal Chamber modifies the sentence imposed on the co-convict for the crime of sexual assault, going from 9 to 8 years in prison.

This ruling explains in its Fundamentals of Law that "it turns out that the new wording of the basic type of sexual assault with carnal access broadens the punitive range, lowering the minimum sentence from six to four years and keeping the maximum unchanged at twelve years." "For this reason, the new wording of the type supposes, in this case, a more favorable criminal law that must be applied."

In these Fundamentals of Law of the sentence, collected by Europa Press, the defendant's defense requests that the wording of the new regulations be taken into account and that the entry into force of the text be used to apply the sentence, thus using "the most favorable" to the prisoner, which makes it possible to punish the crime of sexual assault with carnal access with between four and twelve years in prison, and not between six and twelve.

The sentence explains that the application of this new law has a retroactive effect because it is more favorable to the prisoner. This law is the one that "would be applicable to those crimes pending prosecution at the entry into force of the norm; to sentences handed down in accordance with the repealed legislation in the appeal phase; and to the review of final sentences in which the subject is serving a sentence ".

The jurisprudence of the Supreme Court and the Constitutional Court has peacefully established that the most favorable criminal law is that which, applied to the specific case, leads to less rigorous consequences for the prisoner, as explained by the court.

Therefore, "the greatest seriousness will depend on the maximum punishment that can be imposed on the act, and on the minimum, exhaustively contemplated."

"Take into account that, since it is not expressly provided for in the transitory regime of the law or in any applicable legal precept; nor is it a general principle of law to the detriment of the accused, it does not operate as a limit to the concept of the most favorable criminal law, in the custodial sentences, that the duration of the previous sentence imposed on the act with its circumstances is also taxable in accordance with the new wording of the norm, which then requires dispensing with individualization elements linked to the exercise of judicial discretion", details the judgment.

In view of the proven facts, the judgment agrees with the appellant that the crime for which the appellant is convicted, which was punished in the wording in force at the time of the facts, continues to be provided for and punished by the new wording of the same precepts. , although -as indicated by the Public Prosecutor's Office in its report- different behaviors are also understood within the same type, without the necessary competition of violence or intimidation.

Along these lines, it argues that the 9-year sentence imposed on the defendant "is now outside the walls of the lower half of that provided for the type --from 4 to 8 years--"; and even when there are no aggravating or mitigating factors, the Court can cover the sentence in its entirety, the requirement of motivation of sentences "is essential when the sentence is exasperated by imposing it in the upper half".

This penalty reduction does not affect the duration of the accessory penalty of prohibition to approach the victim or her home, or workplace at a distance of less than 300 meters, and to communicate with her by any means or procedure for 10 years.

In a press conference, the Minister of Equality and spokesperson for the Government of Castilla-La Mancha, Blanca Fernández, has warned of this first revision of the lower sentence in the region, taking the opportunity to reiterate her request to the Minister of Equality, Irene Montero, to "react" so as not to "allow any rapist to benefit from this rule" and to continue "harming" the victims.

Blanca Fernández has reiterated that, in her opinion, this is "a magnificent law" but she has considered that "it is worth it" that it be reviewed in regard to the penalties since "nobody in this country wants to lower the penalties for violators."

"If we agree on that, we are going to do it as soon as possible because it is a magnificent law," he pointed out, considering that these reductions are "a new re-victimization" of the victims that "they do not deserve."