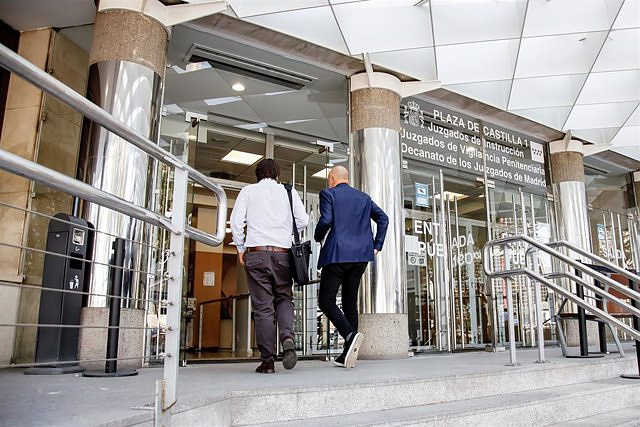 The Investigating Court Number 26 of Madrid has archived the case that was opened as a result of the complaint filed by the businessman Javier López Madrid against Dr. Elisa Pinto for an alleged crime against moral integrity and a continuous crime of threats.

In an order, to which Europa Press has had access, the judge in charge of the investigation has agreed to file the procedure because she has concluded that after the "numerous investigative proceedings, there are no indications of Pinto's participation" in the denounced facts. .

The complaint filed by López Madrid included events from 2013, when both he and his family and personal environment received hundreds of calls on their personal numbers without interruption from October to November 2014 in which a distorted voice made serious statements about life. sexual and intimate of the employer. He also denounced receiving threatening messages and anonymous letters.

Now, the magistrate has assured that "the perpetration of the crime that has given rise to the formation of the case does not appear duly justified", for which reason she has considered that the most pertinent thing is to declare the provisional dismissal and the filing of the proceedings.

The decision takes place after last year Pinto's defense asked the court to file the case after receiving a decision notifying that the investigation period had expired.

On the sidelines, he asked the judge – if the file was not agreed upon – to claim from the National Court the agendas of the retired commissioner José Manuel Villarejo related "to the order carried out by Javier López Madrid in relation to Dr. Elisa Pinto ".

In his writing, he highlighted the "importance of the agendas" when considering that although "they cannot be taken as an irrefutable fact" they "make up a temporary schedule of certain events that help to locate on a specific date the incidents that have already been accredited indicatively in this case."

The legal representation of López Madrid, however, had requested the court to close the investigation and send the case to trial. The businessman stressed the "unequivocal seriousness" of the events that he denounced in March 2014 and that would have occurred both in his person and in his family and personal environment.