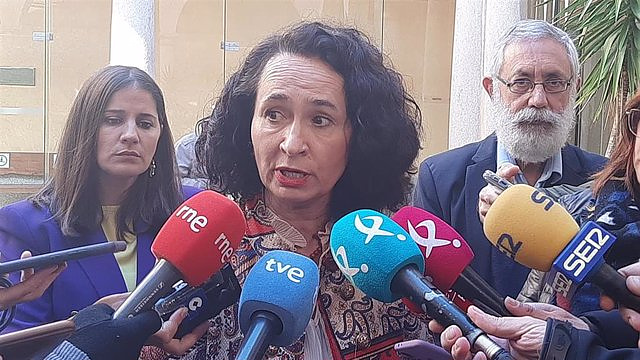 The Provincial Courts of Cáceres and Badajoz have begun to review ex officio all the sentences that could be affected by the 'yes is yes' law. It has started with the most urgent, which are those whose defendants are in prison and, for the moment, in the province of Cáceres, no case has been detected in which the sentence has to be reviewed ex officio, although it could be requested by the the defendants themselves.

In the Provincial Court of Badajoz, the review of the most urgent ones has also begun and a couple of cases have been sent to the interested parties for possible allegations. In the Superior Court of Justice of Extremadura (TSJEx) no ex officio sentence has been reviewed either, but, equally, those convicted can request it.

At the moment, to this day, in Extremadura no lawyer has requested the review of any sentence, nor has any judge ruled in that sense, but "it is absolutely unavoidable that the judicial bodies of the Autonomous Community will rescue all crimes against freedom sexual, and they will have to check and see if this review of the length of the sentence is necessary or not", has indicated the president of the Superior Court of Justice of Extremadura (TSJEx), María Félix Tena.

Tena recalled that the yes is yes law has changed the sentences for some crimes and "consequently, there is a legal obligation under article 2.2 of the Penal Code to proceed ex officio to review these sentences", although the review "does not want to say that they are going to be modified", he added, but "yes, check if a modification is necessary or not".

"Reviewing is not synonymous with modifying," insisted the president of the High Court of Extremadura, who has stressed that, if it is found that the sentence must be modified because a lesser sentence corresponds to the crime for which he was convicted, "it is the obligation of the judge to proceed with that modification", and if the penalty is greater, it is left as it is.

Thus, Tena has indicated that there will be "a rosary of reviews" of sentences over the coming months and has confirmed that it has started with those that the convicts had been serving their prison sentence for a longer time because a "hypothetical reduction" could lead to release if the penalty that, according to the new regulations would correspond to him, was lower and "he had already served it".

Regarding the estimate of how many reviews of sentences can be carried out in Extremadura, Tena has said that it is "very difficult" to calculate because "all sentences that have not been definitively served must be reviewed", and all procedures will have to be referred to. previous whose sentences had been handed down 10, 13 or 15 years ago and who are still serving their sentences, so "it is very difficult to have an exact number".

When asked about the consequences that the new yes is yes law is reporting, Tena recalled that the judges limit themselves to verifying what is stated in the law carried out by the legislature. "They have their function and opt for different options, they approve the laws, they publish them and we apply them", she has sentenced.

However, it has defended regarding the criticisms of the Ministry of Equality regarding the judges, that "in Extremadura, currently, all the judges that have jurisdiction over women, both first instance and investigation courts as well as Criminal judges and magistrates of the criminal sections of the Provincial Courts all have training in violence against women", he concluded.

Regarding the possible modification of the current law of yes is yes, the president has insisted that it is a legislative task and has stressed that the laws are not made by judges and are only limited "to applying and interpreting them with the springs and the controls that the legislator gives and, when you do not agree with a judicial resolution, you appeal and, from there, what the legislator has to do, I am not the one to tell him what he has to do", has indicated, although he has asked for "respect" for the sphere of action of the judiciary.

Tena has made these statements to questions from the media on this matter after attending the meeting of the Territorial Commission against Gender Violence at the headquarters of the TSJEx in Cáceres, which aims to improve judicial, police and social care for victims .