Prosecutor's office, on Abuín's sexual assault on his sister-in-law: "The modus operandi is from the book"

"There are 17 years waiting for justice," says the lawyer for the private prosecution. 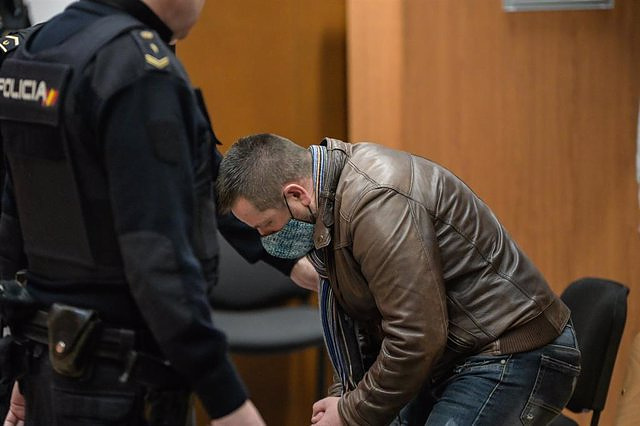 "There are 17 years waiting for justice," says the lawyer for the private prosecution

The prosecutor in the trial of José Enrique Abuín, alias 'El Chicle', has described as a "book modus operandi" the way in which, according to what he explained in reading his conclusions, the sexual assault on his sister-in-law took place. "There are 17 years waiting for justice," said, in turn, the lawyer for the private prosecution.

"Preparation, execution and cover-up", he has summarized. "Like the case of Diana Quer," she added. The same terms have been used by the private prosecution that, like the Public Ministry, has rejected Abuín's argument that he was not with his sister-in-law that morning and that she had gone to the financial institution because she had no money.

Both parties have rejected "any invention" on the part of the victim and have referred, among other issues, to the fact that she recounted a call to a co-worker from Abuín advising that she would be late.

For the private prosecution, the defendant used the "pretext that he had to settle a debt with his father", that of the complainant, to approach her home and to convince her to get into the car and commit, he recounted, the facts, on January 17, 2005, and before going to school.

The prosecutor has described the victim's testimony as "valid, coherent and persistent". "He intimidated her with a knife," he exposed, also alluding to the fact that it took place, according to her story, in an "isolated place."

Part of their conclusions, the prosecutor and the private prosecution have dedicated them to dismantling the defendant's argument that he was on his way to the bank at that time and that he had previously gone to the cemetery. "He had mastery of the routes, he had the ability to drive, he was able to reduce the times significantly," said the first.

The private prosecution has stressed that the testimony of her client in these 17 years has been "always the same" and that there are witnesses who "corroborated" what was transferred by her after she told, first to a high school friend, what happened, and and, later, to a sister.

Faced with this, he added that Abuín opted for "concealment" and "exculpatory" testimony based on versions that the lawyer has denied as true, alluding to testimonies in the trial.