Zelenski assures that the Russians use Zaporizhia as a nuclear weapon 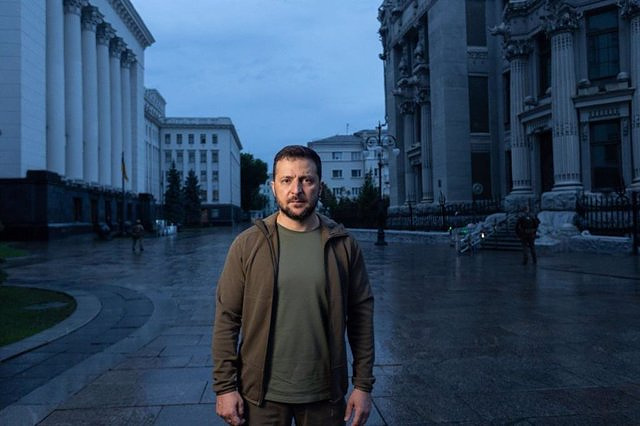 The President of Ukraine, Volodimir Zelenski, has assured that the Russian Army uses the Zaporizhia nuclear plant as a weapon, as he stated in an interview with the US network ABC News.

"You see, they occupied our nuclear station, six blocks. The largest in Europe. It means Chernobyl six times; it means the greatest danger in Europe," Zelensky said, before adding that this "means that they use nuclear weapons."

The Zaporizhia nuclear power plant, located in southeastern Ukraine, has been the target of several bombings in recent weeks. kyiv and Moscow have criticized each other for attacks in the vicinity of the nuclear plant, while Russian troops are currently occupying the site.

The United Nations has constantly warned of the danger of fighting in the Zaporizhia region due to the possibility of a catastrophe there. Currently, inspectors from the International Atomic Energy Agency (IAEA) are at the facility to assess and monitor any damage.

This Saturday, the director general of the IAEA, Rafael Grossi, announced that the plant had been disconnected, although it could receive electricity through a reserve line.

Zelenski has explained that he is not considering a controlled closure of the plant to prevent radiation leaks due to the country's energy dependence on this infrastructure, especially in the face of winter.

"I know that the Russians would like the reactors to be disconnected from the Ukrainian network to connect it to the Russian network, but we do not agree with these ideas," he concluded.