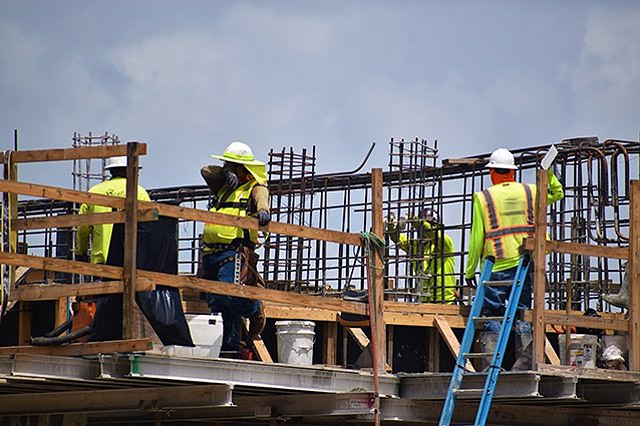 The new collective agreement for the construction sector includes an agreed salary increase of 4% for 2022, which corresponds to 3% for salary tables and 1% for pension plans, as published in the Official State Gazette (BOE).

UGT FICA recalled that the salary guarantee clause has also been recovered, which will take into account the average of the Consumer Price Index (CPI) of all these years, and whose excess set will increase the salary tables for the year 2025.

The agreement includes the application of the labor reform, and specifically, the regulation of the figure of the indefinite contract assigned to work. In addition, a maximum period of duration of the temporary contract is set for production circumstances of one year, establishing compensation of 7% after its termination.

The discontinuous fixed contract is also regulated in relation to the duration of the period of inactivity in the cases of contracts, subcontracts or for reasons of administrative concessions, and an amount has been established to be paid when the period of activity ends, as well as the possibility to receive an additional amount if the employment contract is terminated by the will of the parties after a certain period has elapsed without a new appeal having been made. In addition, the creation of a sectoral employment exchange is agreed.

At the same time, forced retirement is regulated, training contracts are developed, the equality agreement is updated, the specialization of telescopic tower crane operators is recognized and the payment of the annual plus in conservation in maintenance contracts is extended. roads, among other advances.

For UGT FICA, it is a "very satisfactory" agreement, although it pointed out that there are still matters pending to be negotiated, such as, for example, the need to implement the obligatory continuous day in summer in all construction works, to deal with heat stroke and prevent further worker deaths.

‹ ›
Keywords:
Pensiones
Your comment has been forwarded to the administrator for approval.×
Warning! Will constitute a criminal offense, illegal, threatening, offensive, insulting and swearing, derogatory, defamatory, vulgar, pornographic, indecent, personality rights, damaging or similar nature in the nature of all kinds of financial content, legal, criminal and administrative responsibility for the content of the sender member / members are belong.
Related News