Concern skyrocketed in the judges' governing body as controversy over sedition grew. 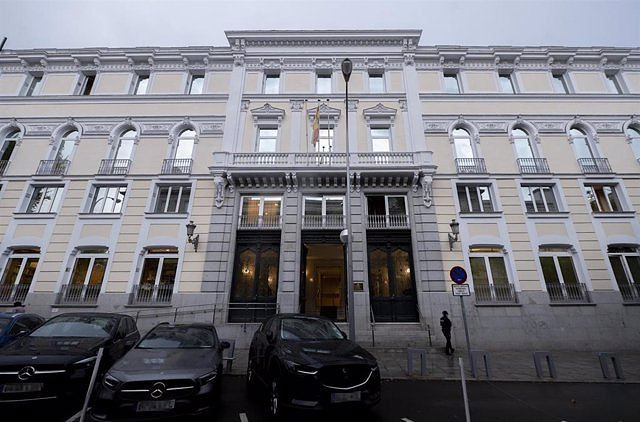 In the General Council of the Judiciary (CGPJ) the PP's announcement that it was suspending negotiations with the Government on the renewal of the CGPJ due to the controversial reform of the crime of sedition has fallen like a "jug of cold water" because this time they did consider the agreement feasible and, although they see it as difficult to redirect the situation, they appeal to the "sense of the State" of 'popular' and socialists to make it possible.

The sources of the governing body of the judges consulted by Europa Press explain that the information that the members had been receiving these days made them think that the agreement between the PP and the PSOE to elect the 20 members --after almost four years-- He was close, close enough to see his departure sealed this week.

However, they admit that in the last hours they have gone from illusion to concern. The trigger was the statements made this Thursday by the Minister of Finance, María Jesús Montero, in which she assured the ERC, during the budget debate in the Congress of Deputies, that the Government would take the reform of the sedition to adjust this crime to European standards.

The succession of events -with statements by Alberto Núñez Feijóo and Pedro Sánchez included- until the PP and PSOE have released two separate statements already at night has only triggered their concern, indicate the aforementioned sources. Therefore, they point out that more than surprised they are disappointed. He has fallen "like a jug of cold water", they illustrate.

From the CGPJ they are reluctant to finalize this new episode of rapprochement between Genoa and Ferraz to renew but at the same time they assume that it will be "difficult" to resurrect the negotiations.

Thus, the sources trust that "the sense of State prevails" both in the PP and in the PSOE, so that they return to the negotiating table and unblock a situation that they already brand as unsustainable.

It should be remembered that 'popular' and socialists resumed the talks on the CGPJ after Carlos Lesmes resigned on October 9 as president of the Council and the Supreme Court (TS) due to the lack of tangible progress towards the agreement, as he promised during the opening of the judicial year, on September 7.

Lesmes then said that "although individual resignation may be admissible, collective resignation is not, since it would lead to the total paralysis of the Council with the material and legal impossibility of carrying out its constitutional mission."

Despite this latest setback, in the governing body of the judges they consider it premature to assess drastic measures. Some members directly emphasize their commitment to continue in office until the renewal arrives.

In these almost four years that have passed since December 4, 2018, when the mandate of the current Council expired, there have been several frustrated attempts.

On November 12 of that year, an agreement was announced that was blown up days later by the now famous message sent by the then spokesman for the PP in the Senate, Ignacio Cosidó, in the WhatsApp chat of the 146 "popular" senators of the moment.

Since then there have been numerous rapprochements, some aimed at finding consensus candidates who have been discarding themselves. Although now there seemed to be a real willingness to negotiate, the sources consulted by this news agency stress, the government feared that any unforeseen event would shipwreck the agreement, delaying it until after the next general election.

‹ ›
Keywords:
PPCGPJ
Your comment has been forwarded to the administrator for approval.×
Warning! Will constitute a criminal offense, illegal, threatening, offensive, insulting and swearing, derogatory, defamatory, vulgar, pornographic, indecent, personality rights, damaging or similar nature in the nature of all kinds of financial content, legal, criminal and administrative responsibility for the content of the sender member / members are belong.
Related News