"Spanish women's sport has experienced one of the saddest episodes in its history," lamented the competition. 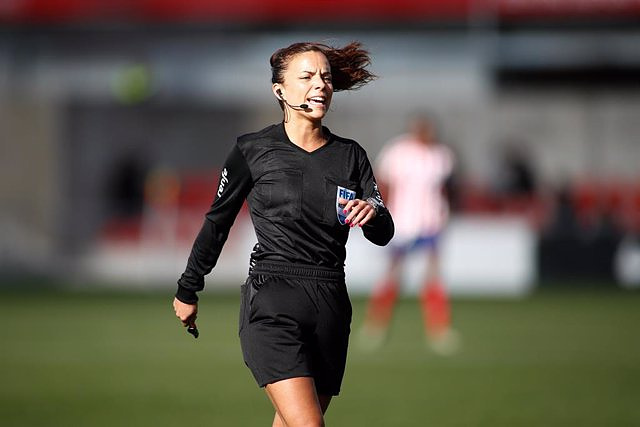 "Spanish women's sport has experienced one of the saddest episodes in its history," lamented the competition

The F League has summoned this Sunday the referees of the category to a meeting "without an intermediary" this Monday, September 12, at 5:00 p.m., at the headquarters of the Higher Sports Council (CSD), to address the issue of remuneration and that this is not "influenced or conditioned by other interests", and then, once an agreement is reached, begin the dialogue with the Royal Spanish Football Federation (RFEF), according to a statement.

"Spanish women's sport has experienced one of the saddest episodes in its history. The historic start of the F League, the first women's professional competition in the history of Spanish sport, was dynamited by the sinister interest of leaders who have been pretending for a long time prevent at all costs the professionalization of women's football, with the collusion of those who should have prevented it," criticized the F League in a statement.

However, the competition highlighted the "uniting lesson" that women's football gave in this situation. "Clubs, soccer players and fans demonstrated their unity and firm rejection of this boycott, demanding respect for women's professional soccer and for all those who have fought throughout history to achieve it," he deepened.

The matches of the first day of the F League, the First Division of women's football that debuts its professional status, were postponed this weekend due to the non-appearance of the designated referees as a protest against their employment and economic situation.

This Thursday, less than two days before the start of the season, the assistant referees and referees showed their "unanimous" refusal to whistle the F League matches in protest at "the current conditions of uncertainty" of their "labour and economic" situation ".

Faced with this situation, the Professional League understands that "the only way to solve this conflict is for the talks to be directly between the affected parties", to prevent "what is truly important", that is, the remuneration of the referees, "is be influenced or conditioned by other interests".

"For this, direct dialogue with the referees is necessary, without intermediaries, and that they can listen and negotiate freely on something that is only their responsibility. This is what this Professional League has always requested and defended, but so far not It has been possible, because those who have attended the meetings have only been representatives of the RFEF," he pointed directly to the body led by Luis Rubiales.

Thus, the F League and the referees will meet this Monday, September 12, at 5:00 p.m., at the CSD headquarters, to deal "directly and solely with them", the issues related to their fees, allowances and travel conditions .

"Once an agreement has been reached in this regard, the rest of the ancillary issues, such as the management expenses of the RFEF, organization and management of travel logistics or training and development projects, among others, will be treated separately and It corresponds to be done directly between Liga F and the RFEF", he added.

From Liga F, they were "convinced that the RFEF, which is not a union, will not have any problem" in this meeting taking place, just as they hope that they will not prevent the members from meeting directly with the competition. "Otherwise, it will be difficult not to think that the RFEF is trying to hide something and make its own interests prevail," he asserted.

"We are sure that, free of ties and outside interests, it will be much easier to reach a quick agreement on what is urgent and main. We understand that the importance of the issue deserves, at least, that it be tried," the statement concluded.