Six million senior customers have benefited from the cashier service with face-to-face attention from 9:00 a. 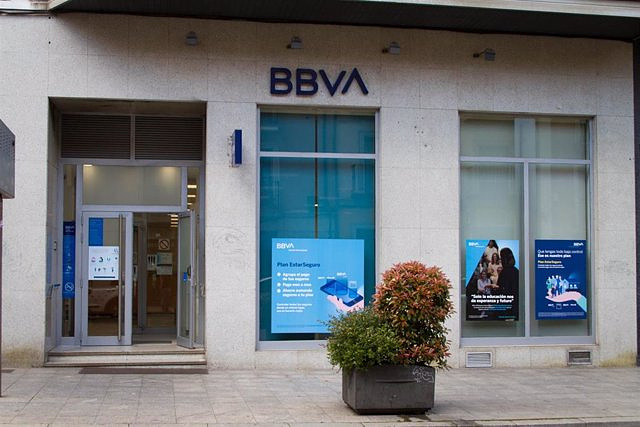 Six million senior customers have benefited from the cashier service with face-to-face attention from 9:00 a.m. to 2:00 p.m.

Spanish banks apply extended cashier hours in 81% of branches, after having doubled the number of branches that operate with said hours between December 2021 and June 2022, a measure that has benefited more than six million of clients over 65 years of age.

Last February, the employers' associations AEB, CECA and UNACC adopted new measures in updating the protocol to reinforce the social and sustainable commitment of the banking system, in addition to those already being applied by the entities themselves, aimed at improving the personalized attention of elderly or disabled people. In addition, they undertook to prepare a six-monthly report to monitor the measures adopted.

The document of the follow-up report on the measures aimed at improving the care of the elderly, to which Europa Press has had access, reflects that 100% of the entities have made progress in adopting measures to improve the personalized care of these groups .

It should be noted that there are offices whose location does not allow them to extend their hours, such as those located in special areas, or by business model (company offices), as well as the existence of one-person offices that are more complex to adapt.

During the first six months of the year, more than six million customers over the age of 65 (approximately two-thirds of the total) made use of the cashier service with face-to-face service from 9:00 a.m. to 2:00 p.m.

Likewise, 1.6 million calls from customers over 65 years of age have been attended preferentially, at no additional cost and through a personal interlocutor, through the lines specifically set up for this purpose. Added to this figure are the calls answered by the offices directly and personally.

The report also shows that 93% of entities have a telephone service from 9:00 a.m. to 6:00 p.m. and that 91% of the ATM network (37,111 ATMs) are already adapted to the needs of this group. ATMs have registered 142,000 incidents in this period, with an average correction period of one day, compared to the two working days established in the protocol.

As for the adaptation of digital channels, with simplified language and view, more than 75% of the sector has so far included these improvements in their web pages and mobile applications.

Regarding financial education, a total of 236,785 customers over the age of 65 have received financial, digital or fraud prevention training in the first six months of the year.

The financial education programs of Spanish banking entities are part of the Financial Education Plan promoted by the Bank of Spain, the National Securities Market Commission (CNMV) and the Ministry of Economic Affairs and Digital Transformation.

On its side, almost 41,000 employees in the banking sector have received specific training to offer a more adapted service to this group, exceeding 278,000 hours in total.

As a result of the signing of the protocol, the figure of the senior advisor has been extended, although not all entities have this modality. In total, at the close of the report, 3,900 specialized employees have been enabled to better attend to the demands and needs of the elderly.

The next protocol monitoring report will be published, predictably, in the first quarter of 2023. Until then, the sector will continue working to facilitate the adaptation of the elderly group to a new context characterized by digitization.