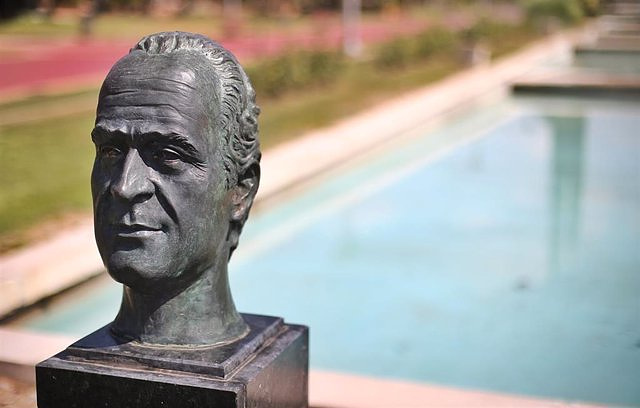 The PSOE, the PP and Vox have once again rejected at the Congress Table the processing of an investigation commission on King Juan Carlos, following the criteria of the lawyers, who once again recall the inviolability of the head of state that appears in the Constitution.

This last petition was signed by Unidas Podemos together with the independentistas of ERC, Bildu, Junts, the PDeCAT and the CUP, as well as other investiture partners such as Más País, Compromís and the Galician Nationalist Bloc (BNG).

The new request took as a reference the podcast published by Corinna Larsen in which the ex-lover of the emeritus king recounts, among other things, that she saw him return from a trip with "bags full of cash."

The initiative, collected by Europa Press, also alluded to the contents of the documentary 'Save the King' produced by HBO. On October 4, the Table of Congress, following the criteria of the lawyers, already vetoed the previous request of these groups to open investigations into the former head of state by virtue of that series.

The decision to reject the processing, adopted late this Monday, is based on the proposal of the legal services of the Chamber, which defended that its admission to processing is not appropriate "taking into account the institutional position of the Head of State in the constitutional framework.

In the document of the legal services, to which Europa Press had access, articles 56.3 and 65 of the Constitution are cited. The first consecrates the figure of the King as "inviolable" and not "subject to responsibility" and the second establishes that the Head of State freely distributes the budget that he receives each year.

In order to defend the non-processing of the commission of inquiry, the lawyers also take refuge in the interpretation that the jurisprudence of the Constitutional Court has made on this matter and in the existing precedents in the Chamber.

‹ ›
Keywords:
PodemosRey Juan Carlos ICongreso De Los Diputados
Your comment has been forwarded to the administrator for approval.×
Warning! Will constitute a criminal offense, illegal, threatening, offensive, insulting and swearing, derogatory, defamatory, vulgar, pornographic, indecent, personality rights, damaging or similar nature in the nature of all kinds of financial content, legal, criminal and administrative responsibility for the content of the sender member / members are belong.
Related News