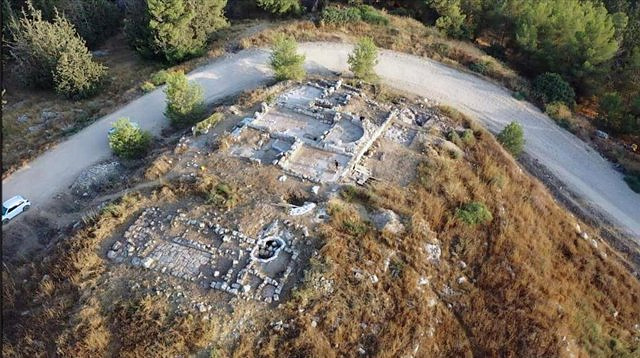 Israel Army soldiers have contributed to the discovery of a Byzantine convent more than 1,500 years old while carrying out a military exercise near the city of Shoham, in the center of the country, the Israel Antiquities Authority detailed on Monday and has collected 'Haaretz'.

A military training would have impacted near the convent, leaving part of it uncovered, which has encouraged archaeologists to start investigating the building.

Sections of the convent, called Horbat Hani or Buri el Hanaya, had already been discovered in 2022, although it was later covered with earth for the protection of the archaeological site.

On this occasion, two buildings have been unearthed, one of which is a church with a mosaic floor, a hall, a bedroom and an underground cemetery, as reported by the Ynet News portal. Likewise, the other building included a kitchen, a dining room and accommodation for pilgrims.

Parts of the convent were accidentally damaged during the military exercise, eventually leading archaeologists to resume work on this site 20 years later.

Israeli experts have assured that the discovered structure was an ancient monastery, since the skeletons of several women, who are assumed to have belonged to nuns, were discovered at the site.