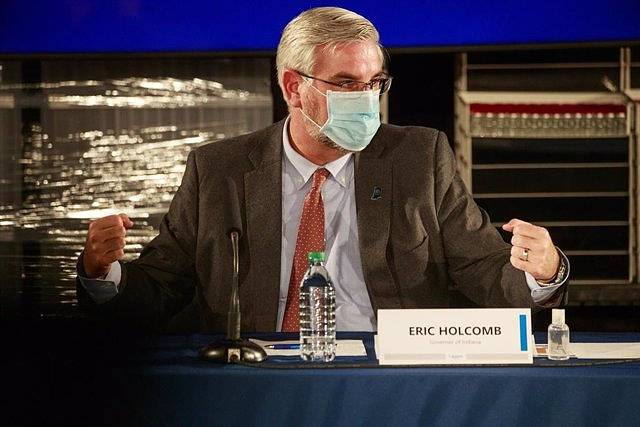 The legislators of Indiana (USA) have approved this Friday a bill that prohibits most abortions, thus becoming the first state in the North American country to approve new legislation that restricts access to abortion since the Supreme Court revoked said law last June.

Thus, the bill has been signed by the Governor of the State, Eric Holcomb, after it was approved with a large majority. A total of 28 senators have supported the measure, compared to 19 who have spoken out against it. Meanwhile, in the House of Representatives, 62 members have voted in favor and 38 have rejected it.

"These actions followed long days of hearings filled with personal and sobering testimony from citizens and elected representatives on this emotional and complex issue. Ultimately, those voices shaped the final content of the legislation and its carefully negotiated exceptions to address some of unthinkable circumstances that a woman or unborn child could face," Holcomb said in a statement.

The bill -- which will go into effect on September 15 -- provides exceptions in case the mother's life is at risk or lethal fetal anomalies are expected in the first 20 weeks. It will also allow exceptions for some abortions if the pregnancy was the result of rape or incest.

This new legislation marks that abortions can only be performed in hospitals, therefore, causing abortion clinics to lose their license, as reported by 'ABC News'.

Currently, the state of Indiana allows abortions in the first 22 weeks of pregnancy.

‹ ›
Keywords:
Estados UnidosAborto
Your comment has been forwarded to the administrator for approval.×
Warning! Will constitute a criminal offense, illegal, threatening, offensive, insulting and swearing, derogatory, defamatory, vulgar, pornographic, indecent, personality rights, damaging or similar nature in the nature of all kinds of financial content, legal, criminal and administrative responsibility for the content of the sender member / members are belong.
Related News