Carlos Sainz: "I had to brake so as not to take a McLaren mechanic with me"

"Everything that could go, has gone wrong". 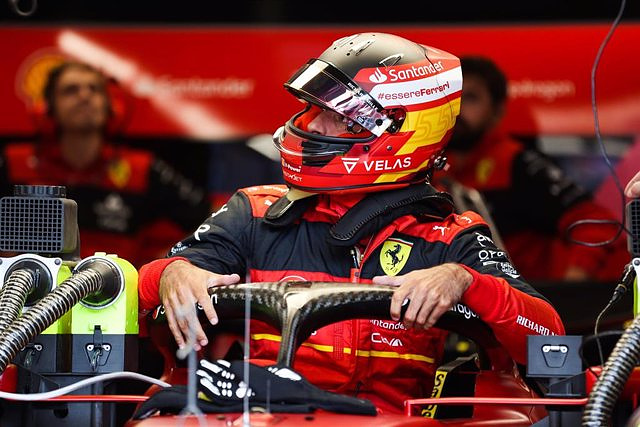 "Everything that could go, has gone wrong"

The Spanish driver Carlos Sainz (Ferrari) lamented his misfortune this Sunday in the Dutch Grand Prix race, in which he finished eighth after being sanctioned with five seconds for an 'unsafe release' -joining the lane dangerously of the 'pitlane'-, a penalty in his opinion unfair because he only tried not to take "a McLaren mechanic on".

"It went wrong, very wrong, everything that could go wrong went wrong. Bad pace in the first stint, bad stop that cost us practically four positions... I narrowly missed the yellow flag and then came the 'unsafe release', which was not such, but I had to stop so as not to take a McLaren mechanic with me, who was taking the cat out. I don't quite understand that decision very well, "he said in statements to DAZN.

The man from Madrid also questioned Ferrari's stopping strategy. "You have to analyze it. They called me to the pits very late, it seemed extremely late," he said. "After today, it's not that I'm worried, but I didn't like how the race went and we have to find a couple of things for Monza. It's clear that the Mercedes and the Red Bulls are faster in pace than career," he finished.

‹ ›
Keywords:
Formula 1Países BajosFerrari
Your comment has been forwarded to the administrator for approval.×
Warning! Will constitute a criminal offense, illegal, threatening, offensive, insulting and swearing, derogatory, defamatory, vulgar, pornographic, indecent, personality rights, damaging or similar nature in the nature of all kinds of financial content, legal, criminal and administrative responsibility for the content of the sender member / members are belong.
Related News