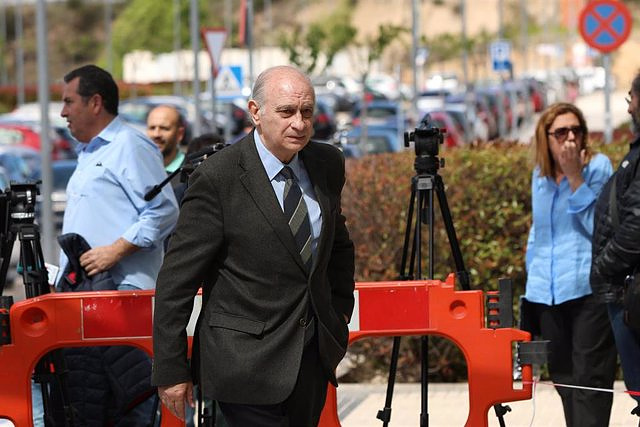 The Anti-Corruption Prosecutor will not alter the indictment that it already has ready about 'Operation Kitchen', regarding the alleged espionage orchestrated from the Ministry of the Interior of Jorge Fernández Díaz against the former treasurer of the PP Luis Bárcenas to steal sensitive information from him, after the reform of the crime of embezzlement because in relation to the use of reserved funds, it will be accused of embezzlement under Article 432, which includes appropriation of public assets.

This is confirmed by tax sources to Europa Press, who point out that the events are prior to 2015 --starts in 2013-- and assert that what happened in the Kitchen, whose instruction has been followed in the Central Court of Instruction number 6 in the framework of the 'Villarejo case', was a theft of funds reserved to pay amounts to the Bárcenas driver.

That article 432 of the Criminal Code, which the Public Ministry will use in a document that will shortly see the light, includes penalties ranging from two to six years in prison and special disqualification from holding public office for a period of six to ten years. .

"The authority or public official who, for profit, appropriates or consents that a third party, with the same spirit, appropriates the public assets under his charge by reason of his functions or on the occasion of the same, shall be punished with a prison sentence of two to six years, special disqualification for public office or employment and for the exercise of the right to passive suffrage for a period of six to ten years," reads the article.

The same sources indicate that in Kitchen there are similarities with the case of the kidnapping of Segundo Marey by the GAL. He was then convicted of stealing funds reserved for former Interior Minister José Barrionuevo, former State Security Director Rafael Vera and former civil governor of Vizcaya Julián Sancristóbal.

In 'Kitchen' the accusations made by the popular accusations exercised by the PSOE and Podemos are already known, which respectively demand a sentence of 47 years and 41 years in prison for the former Minister of the Interior, whom the judicial investigation has located as the alleged 'brain' of 'Kitchen', an illegal operation in which his former Secretary of State Francisco Martínez, the former DAO Eugenio Pino and commissioners such as José Manuel Villarejo also participated.

For his part, the former treasurer of the PP Luis Bárcenas, in his indictment, requests for the former Minister of the Interior Jorge Fernández Díaz more than 40 years in prison.

Precisely, this same Wednesday the State Attorney General, Álvaro García Ortiz, has issued a decree to establish criteria in the reviews of cases that are carried out due to the penal reform that modified embezzlement, endorsing that the sentences handed down under to article 432 of the Criminal Code in force in 2015 because said reform "has established identical prison terms and disqualification".

‹ ›
Keywords:
Luis BárcenasPPCorrupción
Your comment has been forwarded to the administrator for approval.×
Warning! Will constitute a criminal offense, illegal, threatening, offensive, insulting and swearing, derogatory, defamatory, vulgar, pornographic, indecent, personality rights, damaging or similar nature in the nature of all kinds of financial content, legal, criminal and administrative responsibility for the content of the sender member / members are belong.
Related News