The Murcian came close to victory again in his penultimate test as a professional. 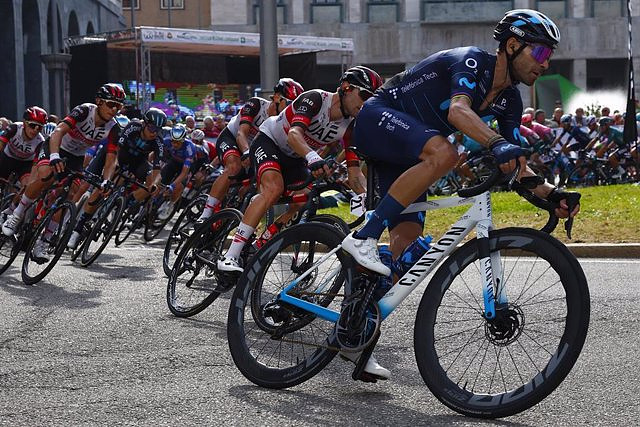 Valverde came close to victory again, as happened to him last Thursday in the 2022 Coppa Agostoni, the first of the last four rounds of his professional career. This time, the Slovenian Pogacar showed his best form and prevailed over the select group of contenders.

Finally, in the long sprint to the finish line of a 196-kilometre race, the two-time Tour de France winner was instrumental in securing his fifth one-day race victory. On the other hand, Valverde had to settle for closing the podium in his penultimate test as a professional.

The Tre Valli Varesine has been a preview of Il Lombardia next Saturday, on a circuit quite similar to that of the 2008 World Championships. Valverde's last 'bullet' in which he will try to put the finishing touch to a great career on wheels.

‹ ›
Keywords:
ItaliaEmirates
Your comment has been forwarded to the administrator for approval.×
Warning! Will constitute a criminal offense, illegal, threatening, offensive, insulting and swearing, derogatory, defamatory, vulgar, pornographic, indecent, personality rights, damaging or similar nature in the nature of all kinds of financial content, legal, criminal and administrative responsibility for the content of the sender member / members are belong.
Related News