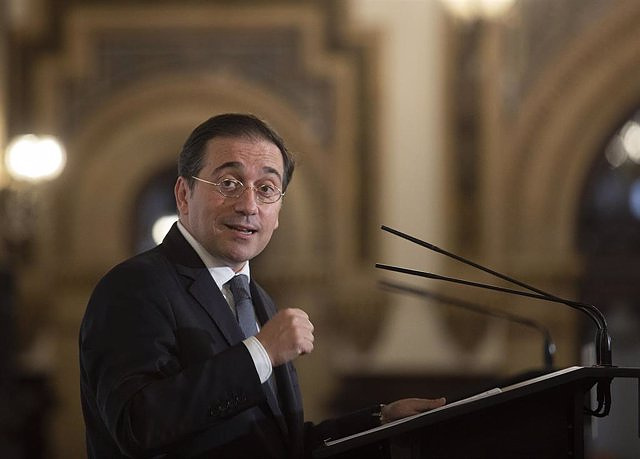 The Minister of Foreign Affairs, European Union and Cooperation, José Manuel Albares, has indicated that if the Venezuelan dialogue progresses "as we are beginning to see", the withdrawal of the Spanish ambassador in the country "is a decision that is perfectly capable of being reversed".

"Spain does not want to see itself without an ambassador in a sister country in Latin America, neither in Venezuela nor in any other," Albares asserted in an interview published this Saturday in the newspaper 'El País', in which he referred to the resumption this weekend of the negotiations between the Government and the Venezuelan opposition.

Albares has indicated that in a meeting with the parties on November 11, he was able to verify that both parties "have the will to reach agreements" and made the Spanish Government "available in everything that can be useful" within the framework of the talks, an offer the parties said they would consider.

Regarding a future return of the Spanish ambassador to Venezuela, the minister stressed that the start of the dialogue, which is taking place in Mexico, is a "very good sign."

Likewise, he recalled that the sanctions approved by the EU on the Latin American country were intended to promote this dialogue, so if it occurs and moves "on the right path", "none of these measures (the sanctions) has the vocation of permanence".

On the other hand, regarding the agreement on Gibraltar, Albares has insisted that "it is necessary for the United Kingdom to move forward" and has explained that he met with the mayors of Campo de Gibraltar to inform them about the negotiations that the European Commission is carrying out with the British Government for the future relationship with Gibraltar after Brexit.

The head of Spanish diplomacy has also assured that "of course" there will be Spanish police at the port and airport of Gibraltar. "If there is an extension (to Gibraltar) of Schengen, it is necessary that the Spanish police, which is responsible to Schengen, is the one that exercises these controls," he said.

‹ ›
Keywords:
UEVenezuela
Your comment has been forwarded to the administrator for approval.×
Warning! Will constitute a criminal offense, illegal, threatening, offensive, insulting and swearing, derogatory, defamatory, vulgar, pornographic, indecent, personality rights, damaging or similar nature in the nature of all kinds of financial content, legal, criminal and administrative responsibility for the content of the sender member / members are belong.
Related News