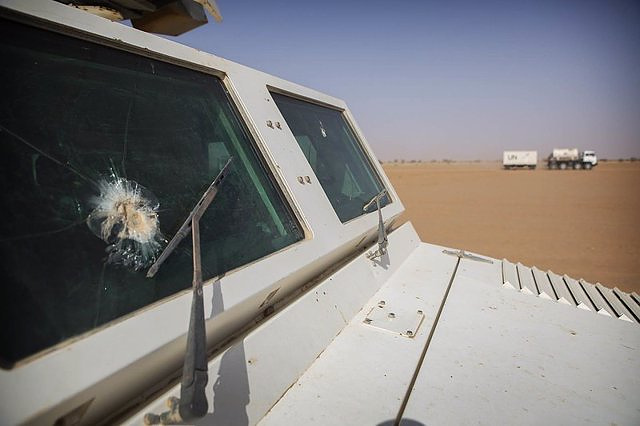 The United Nations Mission in Mali, MINUSMA, announced this Sunday that a 'blue helmet' has been seriously injured after a convoy was attacked in the north of the country.

"A MINUSMA convoy was the target of an attack on September 4, hitting a mine and being attacked with small arms in the Gao region, in northern Mali. A blue helmet was seriously injured," reported the mission on his Twitter social network account.

In this sense, the UN mission has condemned the attack. "Strongly condemns this attack and wishes recovery to the wounded," he concluded.

MINUSMA continues to consider the security situation in Mali "worrying", where various terrorist groups are active and do not hesitate to attack civilian populations accused of collaborating with the State. "Inter-community tensions have contributed to aggravating the situation," she warns.

‹ ›
Keywords:
MalíOnu
Your comment has been forwarded to the administrator for approval.×
Warning! Will constitute a criminal offense, illegal, threatening, offensive, insulting and swearing, derogatory, defamatory, vulgar, pornographic, indecent, personality rights, damaging or similar nature in the nature of all kinds of financial content, legal, criminal and administrative responsibility for the content of the sender member / members are belong.
Related News