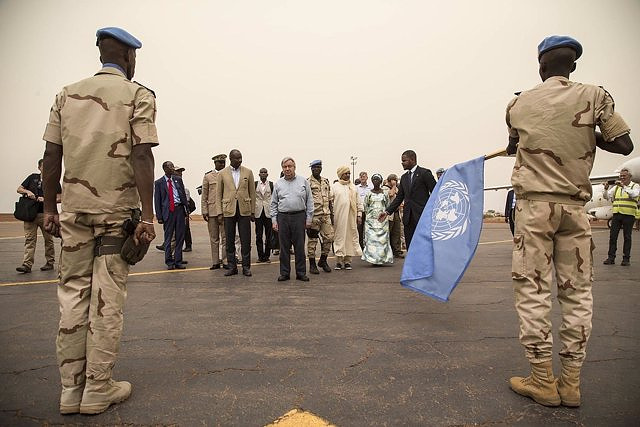 A confidential United Nations report points to possible Russian mercenaries of the Wagner group as being responsible for a massacre that occurred in March in central Mali, which cost the lives of more than 30 civilians.

The report, prepared by UN experts and presented to the Security Council, includes eyewitness accounts of the arrival of "white-skinned soldiers" in the Malian town of Robinet El Ataye, in the Ségou region. There, on March 5, at least 33 civilians were killed, including 29 Mauritanians and 4 Malians.

These "military men" proceeded "to round up the older men and boys, tied their hands behind their backs and blindfolded them," according to a witness, adding that they were later detained in the center of the village and the surrounding houses were looted.

Apparently, and according to the document, the soldiers began to beat the men, who were blindfolded and already immobilized, with batons and clubs, while other assailants "blocked the entrances to the nearby houses and indicated to the women and children to stay inside."

"They could only hear the screams of the men as they were beaten," according to a witness.

They then took up to 34 men, including 29 Mauritanians and four Malians, whose charred remains were discovered nearby the next day, according to testimonies collected.

The group of Russian mercenaries Wagner, which provides troops to the military junta in Mali, is not mentioned in the report but sources from the DPA agency indicate that the experts have no doubt that the mercenaries described were provided by the organization linked to the Kremlin.

Among the evidence, there is evidence that these soldiers used a type of rope that coincides with that used by the Russian Army.

Since the coup in May 2021, Mali has been ruled by a military junta that has close ties to Russia and its Wagner mercenary group.

According to the UN report, the unstable security situation in Mali has created a security vacuum that has led to a sharp rise in civilian deaths, with more than 500 killed in the first three months of this year alone.

‹ ›
Keywords:
RusiaMalíOnu
Your comment has been forwarded to the administrator for approval.×
Warning! Will constitute a criminal offense, illegal, threatening, offensive, insulting and swearing, derogatory, defamatory, vulgar, pornographic, indecent, personality rights, damaging or similar nature in the nature of all kinds of financial content, legal, criminal and administrative responsibility for the content of the sender member / members are belong.
Related News