Bentley Green claimed that he was speechless after being asked to portray his idol in the commercial. 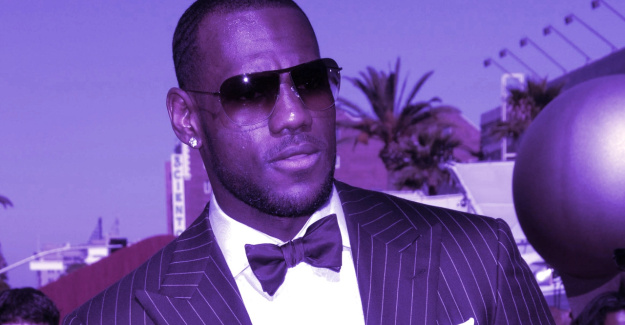 The ad is titled "Fortune Favors the Brave" and features a young LeBron James (played by actor Bentley Green) who gets the chance to talk to his older self about the future. The ad is similar to the one featuring Matt Damon, which has been heavily criticized. It appears that the company is doubling down on its tagline for all advertising.

"This is a story about us all at its core. We have all had to make big brave decisions that will affect our future," Ben Lay (creative director of Crypto.com) said in the behind the scenes video. He added that James "is such an transcendent figure, yet at the same he brings humanity that we all can relate to." We're all working together to inspire a new generation.

Calmatic, the commercial director, created a set that recreated James' childhood to recreate his past. It included references to Saint Vincent-Saint Mary High School, Akron, Ohio, and a reference to James' meteoric rise.
Calmatic explains in an Instagram video how he cast Green as James the younger after watching him on "Snowfall" and thinking that the 21-year old looked exactly like the NBA star.

Green, who is also starring as a high-school athlete in "61st Street," a Michael B. Jordan-produced series, stated that he was speechless at the chance to portray his idol in the Super Bowl ad.

The Super Bowl will begin at 6:30 p.m. ET Sunday's broadcast will feature the record-breaking number of crypto ads.