The Ukrainian president confirms that he met on Tuesday in kyiv with the director of the CIA, Bill Burns. 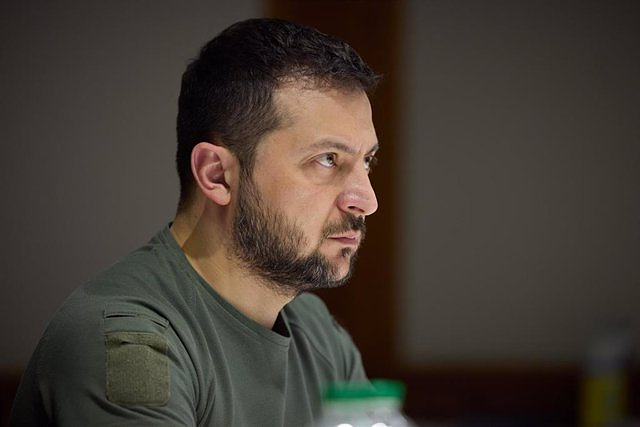 The Ukrainian president confirms that he met on Tuesday in kyiv with the director of the CIA, Bill Burns

The President of Ukraine, Volodimir Zelenski, has insisted this Wednesday that the missile that fell in the Polish town of Przewodow and that caused the death of two people is not Ukrainian, despite the fact that its international partners rule out that it came from Russia and see " likely" to have been caused by its air defenses.

"I have no doubt that it was not our missile," insisted Zelenski, who also says he does not question the reports of his military personnel. "It makes no sense to distrust. I spent the war together with them", he has settled.

In this sense, Zelensky has stressed that the investigation into what happened has not ended and has asked Poland to allow Ukrainian representatives to go to the scene to carry out their own investigations. "Can't we present the final conclusions? I think it's fair," he assessed.

Zelenski's words contrast with those of his international partners, such as the president of the United States, Joe Biden, who has considered it "improbable" that the missile that fell in this border town came from Russia, a country that, on the other hand, has described the accusations of "provocation".

The Polish president, Andrzej Duda, has also stated in this line, who has indicated that there is no proof that the incident was a deliberate attack by Russia.

NATO has explained that previous reports suggest that this incident that killed two people was caused by the impact of a missile from the Ukrainian air defenses when defending against Russian attacks, so for the Secretary General of the Alliance , Jens Stoltenberg, "this is not Ukraine's fault."

On the other hand, the Ukrainian president has also confirmed that he met on Tuesday in kyiv with the director of the CIA, Bill Burns, although he has limited himself to pointing out that the issues discussed during that meeting dealt with "issues that are important to Ukraine". .

Zelensky also mentioned "the surprise" manifested by Burns during the attacks launched on Tuesday by Russia on Ukrainian infrastructure, stressing that "even people at this level" have difficulties understanding a situation of such magnitude until they experience it firsthand. .

"To be honest, I'm glad that sometimes leaders have a situation like this and fall for such terrible surprises," he acknowledged.

The visit by Burns, who was at the US Embassy in kyiv during the Russian offensive, came days after a meeting he had with the head of Russia's Foreign Intelligence Service, Sergei Narishkin, in Ankara.

‹ ›
Keywords:
PoloniaRusiaUcraniaVolodimir Zelenski
Your comment has been forwarded to the administrator for approval.×
Warning! Will constitute a criminal offense, illegal, threatening, offensive, insulting and swearing, derogatory, defamatory, vulgar, pornographic, indecent, personality rights, damaging or similar nature in the nature of all kinds of financial content, legal, criminal and administrative responsibility for the content of the sender member / members are belong.
Related News