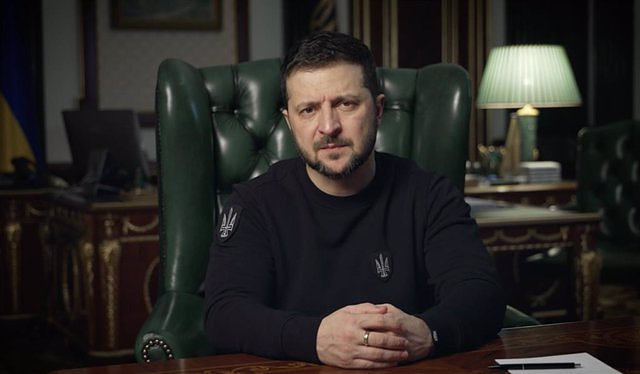 The President of Ukraine, Volodimir Zelenski, has described as "necessary" this Tuesday the decision to dismiss more than a dozen senior officials, days after announcing that there would be changes in the leadership of the country after several scandals within the Ministry of Defending.

"All internal issues that hinder the State are being eliminated and will continue to be eliminated. It is fair, it is necessary for our defense, and it helps our rapprochement with the European institutions," the president asserted in his evening speech that he delivers every day since that the war began on February 24, 2022.

Zelensky has argued that Ukrainians need a strong state: "Ukraine will be precisely that," he added, after indicating that "today society has seen another set of personnel decisions."

"I emphasize the phrase 'another one', since we will continue to take the appropriate measures. The public will see each one of them and, I am sure, will support them," he indicated.

The Ukrainian leader announced on Tuesday morning the dismissal of more than a dozen governors, deputy ministers and even his deputy adviser. The country's authorities also confirmed the arrest and dismissal of the Vice Minister of Infrastructure and Community Development, Vasil Lozinski, for allegedly accepting bribes.

Ukraine has been the scene in the past of numerous cases of corruption and Transparency International placed it in 2021 in 122nd place out of a total of 180 in its study on the perception of corruption. The fight against these crimes is also one of the key demands of the European Union (EU) in the framework of the process for its possible accession to the bloc, something firmly rejected by Russia.

‹ ›
Keywords:
Ministerio De DefensaUcraniaVolodimir Zelenski
Your comment has been forwarded to the administrator for approval.×
Warning! Will constitute a criminal offense, illegal, threatening, offensive, insulting and swearing, derogatory, defamatory, vulgar, pornographic, indecent, personality rights, damaging or similar nature in the nature of all kinds of financial content, legal, criminal and administrative responsibility for the content of the sender member / members are belong.
Related News