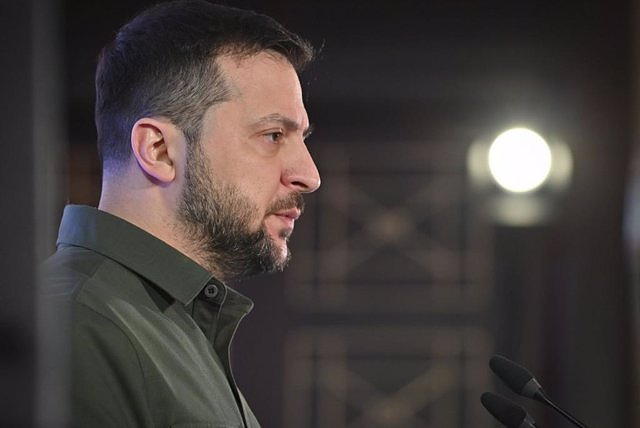 The President of Ukraine, Volodimir Zelenski, has assured that Russia is afraid "because it is losing", in his opinion, the war against the Ukrainian troops, which has lasted more than ten months since the Russian president, Vladimir Putin, on February 24, give the order to invade.

"Our sense of unity, authenticity, life itself... all this contrasts dramatically with the fear that prevails in Russia," said the Ukrainian leader in the evening speech that he has recorded every day since the start of the conflict.

"They are afraid. You can feel it. And they are right to be afraid, because they are losing," Zelensky declared before asserting that "drones, missiles, anything else will not help them," since the Ukrainian people are united.

Zelensky added that the "Russian terrorists have been pathetic and have entered this year the same", referring to the attacks by Russian troops on the first night of the year.

Thus, he wanted to thank the work of the country's Armed Forces, for shooting down 45 drones of supposedly Iranian origin, as the authorities regret.

"I thank everyone who fights the enemy on the front lines every day and every night! We respond to every Russian attack on Kherson, Nikopol, the Kharkiv region, all our cities and communities. It is very tangible for them," has detailed.