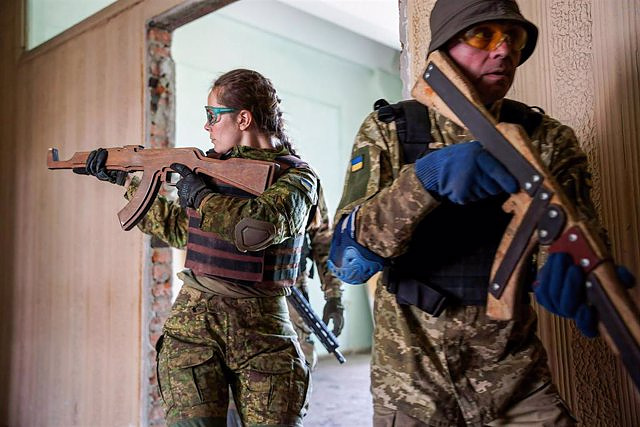 The United States government would be considering "drastically" increasing the training that the US Army provides to Ukrainian forces, which would imply increasing the size of the groups it trains as well as offering them more sophisticated combat techniques.

This training, which is currently taking place at the US Army base in Grafenwoehr, Germany, would significantly increase the number of Ukrainian troops from the 2,500 soldiers a month it is now training, CNN reported.

So far, the United States has trained only a few thousand Ukrainian soldiers, mostly in small groups, in specific weapons systems.

Under the new program, the US country would begin training much larger groups of Ukrainian soldiers in more sophisticated battlefield tactics, including how to coordinate infantry maneuvers with artillery support, "much more intense and complete" than the one that Ukraine has been receiving in Poland or the United Kingdom, according to a source consulted by the aforementioned chain.

The decision is part of the ninth month of war after the Russian invasion of Ukraine. Since February 24, Washington has constantly sought ways to help the Ukrainians militarily, whether it be training their soldiers or supplying the country with weapons or air defense systems.