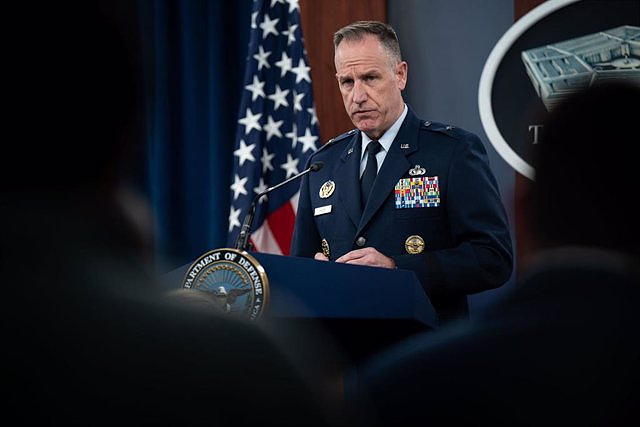 The United States Department of Defense has affirmed this Wednesday that Turkey's attacks in Syria and Iraq "directly" threaten the security of US troops, all after the escalation of tension in the region.

"The recent airstrikes in Syria have directly threatened the safety of US personnel working in Syria with local partners to defeat ISIS," Pentagon spokesman Patrick Ryder said in a statement from his office.

"In addition, uncoordinated military actions threaten Iraq's sovereignty," he added, after expressing his "deep concern" about the escalation of actions in those countries and condemning the loss of civilian lives.

The spokesman for the US Armed Forces office has offered his condolences to the families, both from Turkey and Syria. "We are also concerned by reports of deliberate attacks on civilian infrastructure," he said.

In this sense, Ryder has asserted that "an immediate de-escalation is necessary to maintain attention on the mission of defeating ISIS and guarantee the safety of personnel on the ground."

Likewise, the State Department spokesman has recognized the "legitimate security concerns of Turkey", which began on Monday the "Claw-Sword" operation against Kurdish groups, which it blames for the recent attack with explosives in Istanbul that left at least six dead and 81 wounded.

The Government of Turkey estimated this Wednesday at more than 250 the number of alleged members of the Kurdistan Workers' Party (PKK) and the People's Protection Units (YPG) "neutralized" in the new bombing campaign launched on Monday against targets in northern Iraq and Syria.

However, the Syrian Democratic Forces (SDF) on Tuesday rejected the Turkish government's claims about its casualties in the recent shelling and indicated that only one of its members has died.

‹ ›
Keywords:
Estados UnidosIrakTurquíaSiria
Your comment has been forwarded to the administrator for approval.×
Warning! Will constitute a criminal offense, illegal, threatening, offensive, insulting and swearing, derogatory, defamatory, vulgar, pornographic, indecent, personality rights, damaging or similar nature in the nature of all kinds of financial content, legal, criminal and administrative responsibility for the content of the sender member / members are belong.
Related News