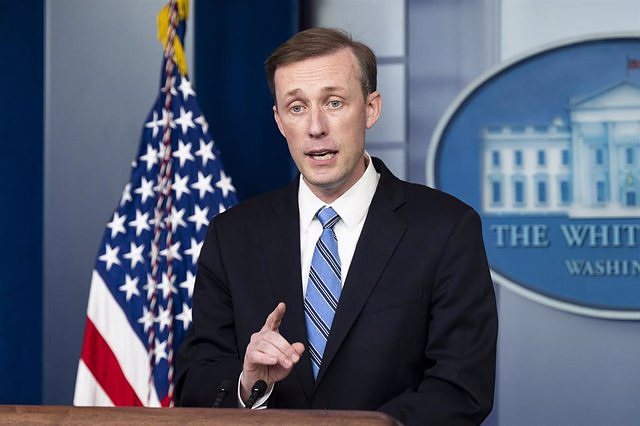 US National Security Adviser Jake Sullivan said Thursday that the United States is preparing more sanctions against North Korea, after intensifying its missile launches into the Sea of ​​Japan in recent weeks.

"Since North Korea behaves in this way, we are constantly thinking about how to intervene in Pyongyang and how to guarantee national security (...) By responding, we will increase sanctions against North Korea," the US official said. in statements collected by Yonhap.

During a forum in Seoul co-sponsored by South Korea's JoongAng Ilbo newspaper and the Center for Strategic and International Studies (CSIS), Sullivan said the United States wants to further increase the cost of "North Korea's provocations."

"In particular, we are working together with our partners around the world to effectively implement UN Security Council sanctions against North Korea. Pyongyang policy will continue in this direction. Ultimately, we will exert diplomatic pressure on North Korea. North and we will strive to achieve the denuclearization of the Korean Peninsula," he added.

As for whether the United States is considering redeploying tactical nuclear weapons on the Korean peninsula, Sullivan has declined to comment, though he has said he hopes to strengthen his country's extended deterrence due to the security situation.

‹ ›
Keywords:
Estados UnidosCorea Del NorteJapón
Your comment has been forwarded to the administrator for approval.×
Warning! Will constitute a criminal offense, illegal, threatening, offensive, insulting and swearing, derogatory, defamatory, vulgar, pornographic, indecent, personality rights, damaging or similar nature in the nature of all kinds of financial content, legal, criminal and administrative responsibility for the content of the sender member / members are belong.
Related News