US gives another 400 million dollars in military aid to Ukraine

The president of the United States, Joe Biden, has approved this Wednesday the shipment of a new package of 400 million dollars (about 386 million euros) in defense aid to Ukraine in the midst of the invasion of Russia, which began nine years ago. 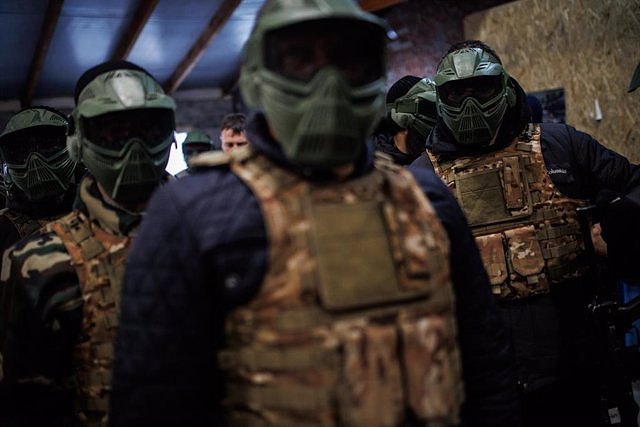 The president of the United States, Joe Biden, has approved this Wednesday the shipment of a new package of 400 million dollars (about 386 million euros) in defense aid to Ukraine in the midst of the invasion of Russia, which began nine years ago. months.

"By the authority vested in me as President (...) I delegate to the Secretary of State the authority (...) to order a consignment of up to $400 million in defense articles and services from the Department of Defense, as well as such as education and military training, to provide assistance to Ukraine," he said in a White House statement.

Secretary of State Antony Blinken stressed that the United States "continues to support Ukraine by sending additional assistance" to counter Russia's "relentless attacks on vital energy infrastructure" in the country, according to a statement. of the Department of State.

"We have authorized our 26th shipment of arms and equipment to Ukraine since August 2021. This $400 million package includes ammunition, air defense systems and weapons," he explained.

Thus, he has indicated that in total, the military assistance offered to Ukraine by the United States has reached an "unprecedented" level of 19.7 billion dollars (about 19 million euros) since Biden came to office.

"The United States will continue to support more than 40 allies and partners in support of the Ukrainian people as they defend their freedom and independence with extraordinary courage and great determination," Blinken said, adding that the aid provided will serve Ukraine "in the front".

The head of US diplomacy has stated that Washington will continue to "support Ukraine as much as necessary so that it can defend itself and continue to show the strongest possible position when negotiating when the time comes."

Russia's invasion of Ukraine dates back to February 24, when Russian President Vladimir Putin gave the green light for what Moscow has since termed a "special operation" to "denazify and demilitarize" Ukraine.

Numerous countries have condemned the invasion and have supported kyiv by sending weapons, supplies and humanitarian assistance, as well as imposing sanctions against the Kremlin and its partners.

Russia, however, has repeatedly warned NATO countries that they are "playing with fire" by supplying kyiv with weapons and has stressed that the convoys that transport these weapons are a "legitimate target" of the Russian Army once once they cross the border.

‹ ›
Keywords:
Estados UnidosRusiaUcraniaJoe Biden
Your comment has been forwarded to the administrator for approval.×
Warning! Will constitute a criminal offense, illegal, threatening, offensive, insulting and swearing, derogatory, defamatory, vulgar, pornographic, indecent, personality rights, damaging or similar nature in the nature of all kinds of financial content, legal, criminal and administrative responsibility for the content of the sender member / members are belong.
Related News