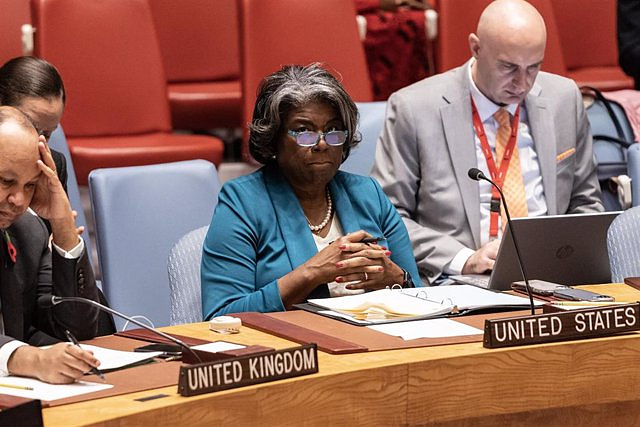 The United States has asked the president of the UN Security Council to rule on the launch of ballistic missiles by North Korea, especially after the long-range missile fired this Friday into the Sea of ​​​​Japan that could carry nuclear warheads to a 15,000 kilometer radius, including continental United States.

"We will offer another opportunity for the Council to hold the Democratic People's Republic of Korea (DPRK) -- the official name for North Korea -- accountable for its dangerous rhetoric and destabilizing actions," the US ambassador to the United Nations said. , Linda Thomas Greenfield.

In this sense, the US diplomat has announced that her country will propose a presidential declaration of the Security Council, a measure that requires the consensus of all the members of the organization and that would be the step prior to the development of a resolution.

Greenfield has urged the Security Council to join the words of the UN Secretary General, António Guterres, who condemned the launch of a long-range ballistic missile last Friday, reiterating Pyongyang to "immediately desist" its "provocations" and that it "complies fully with its international obligations".

"It is time for the Security Council to make the same appeal as the Secretary General. For too long, the DPRK has acted with impunity," criticized the US ambassador.

"(Pyongyang) has carried out staggered and destabilizing ballistic missile launches without fear of a response or retaliation from this Council," Greenfield added.

"Sixty-three times this year, the DPRK has shown total disregard for the security of the region and total disrespect for this Council. How many more missiles must be launched before we respond as a unified Council?" Greenfield.

Pyongyang has been testing missiles with unusually high frequency this year, including short-range and long-range ballistic missiles, as well as a medium-range missile that flew over the Japanese archipelago. The intercontinental projectile launched this Friday can carry several nuclear warheads to a radius of about 15,000 kilometers, that is, enough to reach the entire continental United States.

‹ ›
Keywords:
Estados UnidosJapónOnuCorea Del Norte
Your comment has been forwarded to the administrator for approval.×
Warning! Will constitute a criminal offense, illegal, threatening, offensive, insulting and swearing, derogatory, defamatory, vulgar, pornographic, indecent, personality rights, damaging or similar nature in the nature of all kinds of financial content, legal, criminal and administrative responsibility for the content of the sender member / members are belong.
Related News