UNICEF confirms a hundred children killed in the Indonesian earthquake 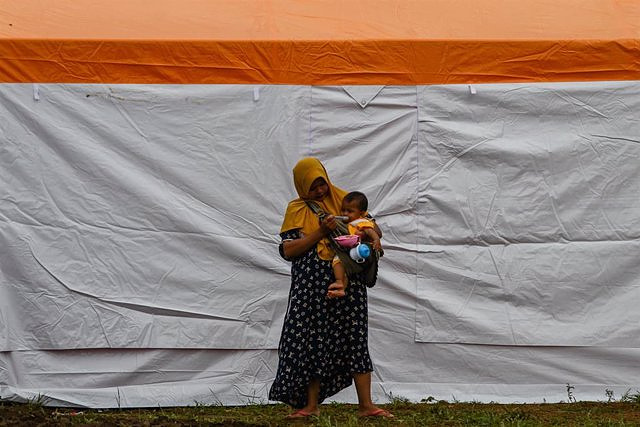 The United Nations Children's Fund (UNICEF) has confirmed that a hundred boys and girls under the age of 15 have died in the earthquake that shook Indonesia on Monday and that so far has resulted in 310 deaths.

The quake struck at 1:21 p.m. (local time), with its epicenter 10 kilometers south of Cianjur, according to the Indonesian National Meteorological, Geophysical and Climatological Agency (BMKG), which ruled out the risk of a tsunami. For its part, the BNPB confirmed that the quake had shaken the capital, Jakarta, with no casualties reported in the city.

In its estimate, which includes until last Thursday, UNICEF confirms that the number of deceased children represents a third of the total number of deaths.

The UN fund anticipates that "humanitarian needs will increase in the affected areas, as ongoing search and rescue operations reveal the true number of victims and the magnitude of the need."

The Indonesian government is distributing key supplies, including UNICEF-supported disaster preparedness supplies that will benefit some 2,500 children.

These include educational supplies such as temporary school tents, 'schools in a box' with pens, notebooks and pencils, and early childhood development kits with age-appropriate games, drawing materials and toys.

The Government is also distributing materials provided by UNICEF to support children coping with the emotional distress and trauma caused by the impact of the earthquake.

"UNICEF is prepared to give the additional support that the Indonesian government may need to protect children and children during these difficult times," he said.

‹ ›
Keywords:
IndonesiaUnicefOnuTerremotos
Your comment has been forwarded to the administrator for approval.×
Warning! Will constitute a criminal offense, illegal, threatening, offensive, insulting and swearing, derogatory, defamatory, vulgar, pornographic, indecent, personality rights, damaging or similar nature in the nature of all kinds of financial content, legal, criminal and administrative responsibility for the content of the sender member / members are belong.
Related News