Ukrainian Intelligence estimates that 6,000 Russian servicemen are in Belarus 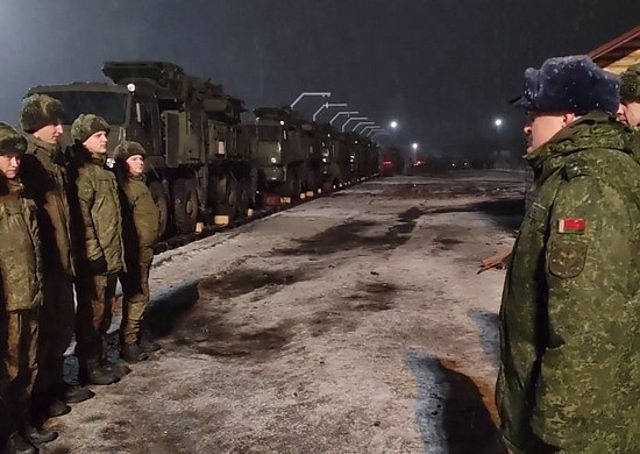 Ukrainian Intelligence has indicated this Wednesday that some 6,000 Russian soldiers are currently deployed in Belarus, which poses a threat to the country in full invasion of the territory at the hands of Russian forces.

"Today, in Belarusian territory, the Russian deployment consists of more than 5,800 troops. Another division has moved internally in Russia and is now heading to Ukraine," said Vadim Skibitski, a senior Ukrainian intelligence officer.

Thus, it has indicated that these soldiers will be deployed in the Lugansk region, in the east of the country, and has pointed out that the units are traveling there for training, according to information from the Ukrinform news agency.

"This contingent is totally different. (...) There is no aviation component there despite the training. There are no missiles or paratroopers either," he explained before clarifying that there are several S-300 and S-aircraft defense systems 400 in Belarus.

‹ ›
Keywords:
RusiaUcraniaBielorrusia
Your comment has been forwarded to the administrator for approval.×
Warning! Will constitute a criminal offense, illegal, threatening, offensive, insulting and swearing, derogatory, defamatory, vulgar, pornographic, indecent, personality rights, damaging or similar nature in the nature of all kinds of financial content, legal, criminal and administrative responsibility for the content of the sender member / members are belong.
Related News