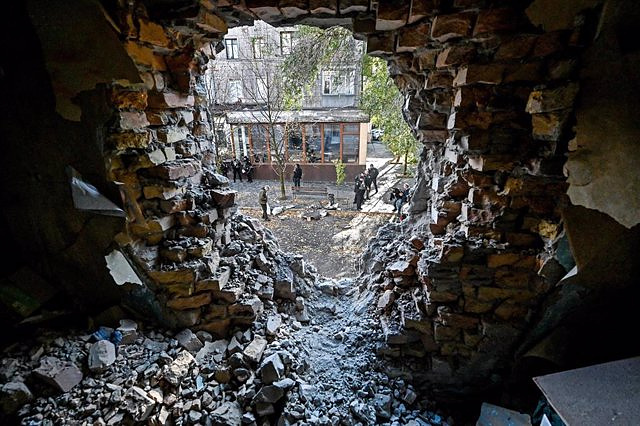 Ukrainian Intelligence has discovered in Jerson, recently liberated, a new torture chamber where Russian troops would have interrogated and extorted local Ukrainians who refused to cooperate with Russia during its occupation.

"The racists (alluding to Russia) kept the local patriots who refused to cooperate with the enemy there in inhumane conditions," says the report presented by the Ukrainian secret services, which warn that objects have been found in the room. that "directly indicate signs of torture".

According to the Ukrainian authorities, investigative teams are working on the ground to document all the crimes committed against the local population and identify the culprits to finally bring them to justice, according to the UNIAN news agency.

Ukraine, as it has been recovering land occupied by Russia, has denounced the appearance of torture chambers, as well as mass graves with dozens of civilians piled up, mainly in Bucha, Mariupol and Izium.