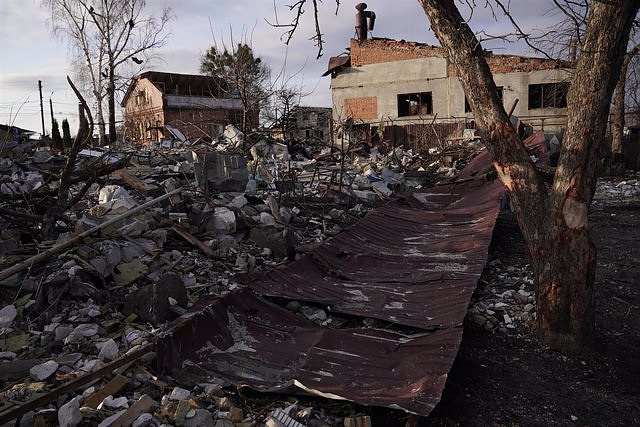 The Ukrainian authorities have accused Russia on Wednesday of killing a 15-year-old teenager in an attack carried out against a hospital in the town of Bilopil, located in the Sumy region (northeast).

The governor of Sumy, Dimitro Zhivitski, has indicated in a message on his Telegram account that "Russian soldiers have killed a child in Bilopil." "They have also destroyed part of the hospital", he has stated.

Thus, he has detailed that the deceased "was on the street" at the time of the attack. "Russian shells exploded on the hospital grounds at a time when there were many patients there," he said.

Zhivitski has denounced that the attack has caused "large-scale destruction" after a "direct hit" on the second floor of the building. "Almost all the windows of the four floors have been broken. An operations unit has been destroyed," he lamented, without Russia having ruled on these accusations for the moment.