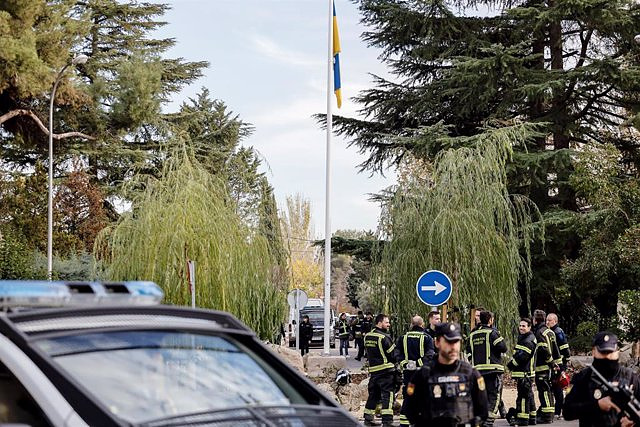 The Ukrainian Embassy in Madrid received a package this Friday with alleged traces of blood, which has triggered a large police deployment in the vicinity of the diplomatic legation.

The Ukrainian Foreign Ministry spokesman, Oleg Nikolenko, explained to Ukrinform that the package is similar to those received in recent hours by embassies and consulates in several European countries. "Investigations are underway," he said.

The Embassy in Madrid was already the scene of another alert on Wednesday, following the shipment of a device with pyrotechnic material that caused minor injuries to a worker.

The Ministry of the Interior has confirmed in total the shipment to different institutions of six packages with pyrotechnic material with a mechanism that causes a "deflagration by sudden flame" when opened. The first of them was sent on November 24 to the Prime Minister, Pedro Sánchez. The National Court has assumed the investigation.