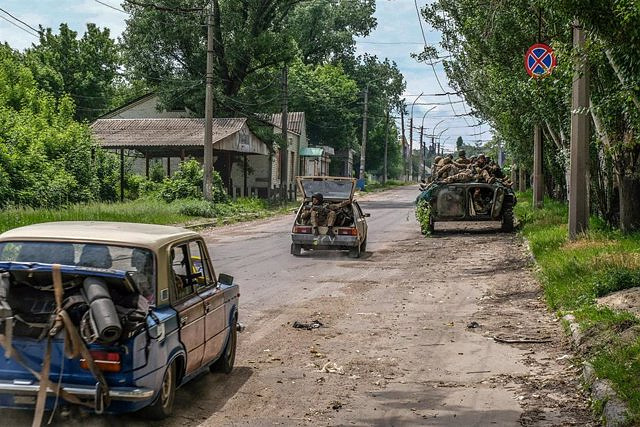 The Ukrainian authorities have assured this Tuesday that the Wagner Group has begun to recruit in Russian prisons prisoners suffering from serious infectious diseases, such as HIV and hepatitis C.

The Intelligence Service of the Ukrainian Ministry of Defense maintains that this is a common practice by this well-known private security company, present in several global conflicts, especially in Africa.

According to this information, the Wagner Group forces these people to wear colored armbands to differentiate combatants who suffer from any of these diseases from those who do not, says the Ukrinform agency.

At least one hundred prisoners with one of these diseases have been recruited from a correctional colony located in the town of Metalostroy, in Saint Petersburg. Ukraine has assured that there have already been confirmed cases of captured enemy combatants with hepatitis C or HIV.

"Among the fighters who are forced to serve alongside the infected, outrage is growing over this situation. It is known that Russian doctors systematically refuse to provide care to the wounded with hepatitis or HIV," Ukrainian intelligence authorities have assured. .

A few days ago the same Ukrainian authorities stated that at least 8,000 fighters from this mercenary company have been participating in the war in Ukraine since Russian President Vladimir Putin announced eight months ago the start of what he has defended as a " official operation.

According to kyiv, since mid-summer, Russia has sent some 15,130 of its prisoners to war with Ukraine, a maneuver that Ukraine has also adopted in exchange for commuting the sentences of those who volunteer to fight.